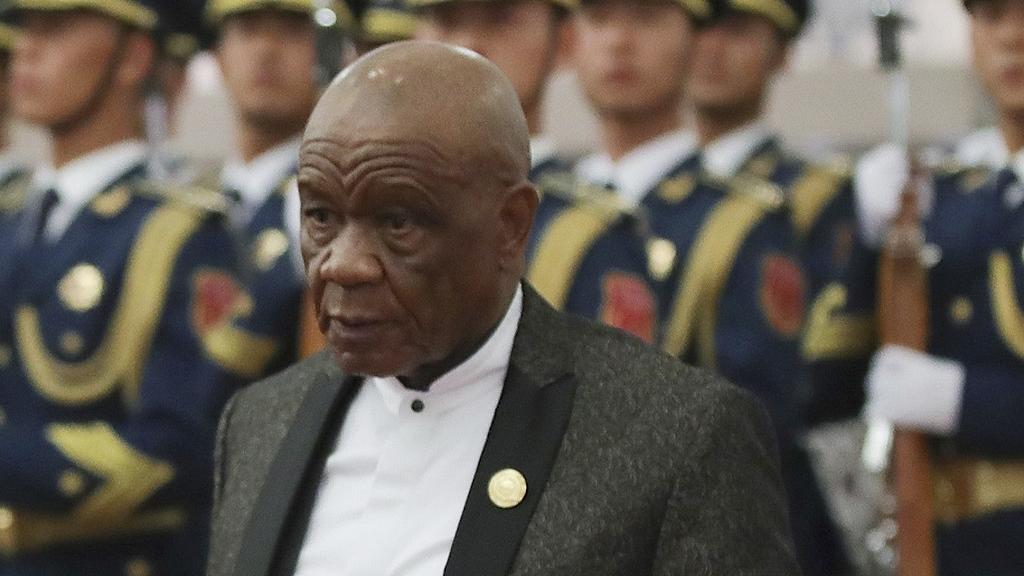 Lesotho Prime Minister Thomas Thabane has formally resigned more than a week after his coalition government fell apart, in a move that could help end a long-running political crisis in the country.

“I come before you today to announce that the work that you assigned me may not be over but the time to retire from the great theatre of action, take leave from public life and office has finally arrived,” the 80-year-old said in a televised address on Tuesday.

“I plead with the entire nation and leadership to give my successor utmost support and on my part I wish to assure him of my support at all material times,” he added.

Al Jazeera’s Haru Mutasa reported that Thabane had formally handed in his resignation to King Letsie III, the top traditional leader of the tiny mountainous kingdom.

Thabane, the leader of All Basotho Convention (ABC) party, was facing mounting pressure to step down over a case in which he and his current wife are suspected of involvement in the 2017 murder of his previous, estranged wife. They both deny this.

The embattled prime minister had promised in January to retire due to old age but had been dragging his feet on when to do so.

Thabane’s ruling coalition collapsed on May 11, and he had been expected to resign by May 22 when a new government is due to be installed.

Finance Minister Moeketsi Majoro, 58, is expected to replace him. Among his immediate tasks as prime minister will be to pass the budget and revive the economy. Despite confirming only one coronavirus case, Lesotho has taken a big economic hit due to the global slowdown brought about by the pandemic.

Thabane first served as prime minister between 2012 and February 2015 when a split within the coalition government led to an early general election.

The succeeding government, led by Pakalitha Mosisili of the Democratic Congress party, was also rocked by divisions.

Mosilili lost a vote of no-confidence, and Thabane returned to power after a 2017 vote as the head of the ABC-led coalition which was endorsed by three smaller political parties.

Despite his requests to regional Southern African Development Community mediators, Thabane leaves without any guarantees from immunity from prosecution for the 2017 murder.

Thabane had filed for divorce from his then wife, Lipolelo Thabane, when she was shot dead near her Maseru home on the night of June 14, 2017. The attack occurred just two days before Thabane was sworn in for his second stint as prime minister.

His current wife, Maesaiah, has already been charged and is out on bail. Thabane asked the Constitutional Court to stop the courts from trying him for the crime while he remained in office. His retirement means he could now stand trial.