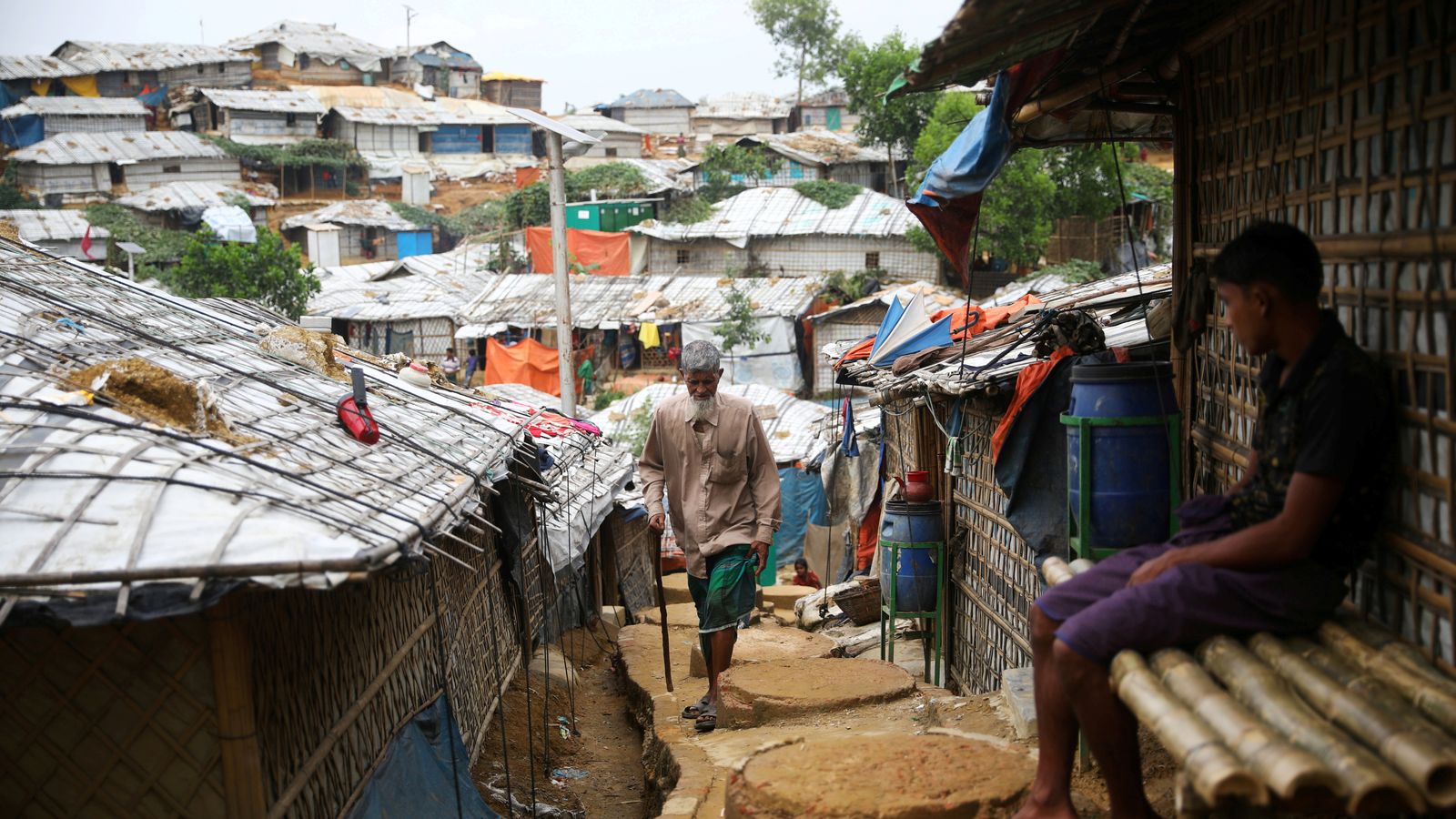 The first coronavirus case has been reported in one of the camps housing more than one million Rohingya refugees in southern Bangladesh.

A person from the Rohingya community and a local person from the Cox’s Bazar district both tested positive and have been isolated, according to Bangladesh’s refugee commissioner, Mahbub Alam Talukder.

A UN spokeswoman said teams were working to trace, quarantine and test anyone the patients may have come into contact with.

The camps are more densely populated than the most crowded cities on earth, with people living in plastic shacks side by side.

Each shack is home to up to 12 people, despite measuring barely 10 square metres.

Aid workers had previously warned there could be a potential humanitarian disaster if COVID-19 reached the camps.

“That’s at least 1.6 times the population density on board the Diamond Princess cruise ship, where the disease spread four times as fast than in Wuhan at the peak of the outbreak.”

“Without efforts to increase health care access, improve sanitation, isolate suspected cases and decongest the camp, the disease will devastate the refugee and local population here, where there is a much lower standard of living and a higher rate of existing illness that make refugees more susceptible to the virus,” Mr Agrawal said.

READ  "The US Government Is 'Idiotic And Mentally Retarded" - Iran President, Hassan Rouhani

Bangladesh has reported 18,863 cases of coronavirus and 283 deaths, with infections gathering pace in recent days.

Dr Shamim Jahan, Save the Children’s health director in Bangladesh, warned “thousands” could die from COVID-19 now the virus had entered the camps.

“There are only an estimated 2,000 ventilators in all of Bangladesh, serving a population of 160 million people. In the Rohingya refugee camps – home to nearly a million people – there are no intensive care beds at this moment,” he said.

“This pandemic could set Bangladesh back by decades.”

More than 730,000 Rohingya arrived in Bangladesh after fleeing Myanmar in 2017, when Myanmar’s military launched a crackdown.

Security forces have been accused of mass rapes, killings and burning thousands of homes, and Myanmar is facing charges of genocide at the International Court of Justice in the Hague.

The army denies genocide and says it was fighting in response to rebel attacks.