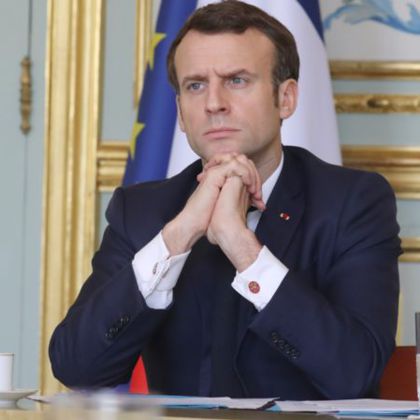 French mayors representing the Ile-de-France region, which includes the city of Paris, have called on President Emmanuel Macron to delay the reopening of schools until after May 11, denouncing the plan as a “forced march” out of the country’s coronavirus lockdown.

In an open letter to President Macron published on the La Tribune website on Sunday, the group of greater Paris area mayors, including the French capital’s Anne Hidalgo, asked that the reopening of nurseries and schools be delayed until after May 11 arguing the deadline is “untenable and unrealistic”.

The 329 signatories to the letter say that they want more consultation and more time “to allow for the strict application of an equally stringent health protocol” before May 11, when France begins phasing out of a nationwide lockdown.

The mayors likened the calendar preparing the lockdown’s end to a “forced march” carried through “even as we do not yet have all the information to ready the population, and the directives keep shifting,” the mayors said.

The government is also criticised for failing to consult with the mayors on how to best reintegrate students and teachers back into schools.

They called on the government to “clearly prioritise the children who will be able/should be able to return to school taking into account the family context of each child”.

Opposition lawmakers and some experts have also questioned the practicalities of schools reopening in the greater Paris area, which has been especially hard hit by the coronavirus.

French MPs are considering initiatives to provide better legal protection for mayors who say they are unfairly having to shoulder “the legal, political and moral responsibility” for reopening schools.

Concerns parents could lodge a legal complaint against the mayor of their town should their child contract Covid-19 at school were also flagged by the mayors.

Several education unions have in recent days denounced the May 11 date for the reopening of schools as arbitrary, with the main SNUipp-FSU union lamenting that it had been not approved by a medical authority.