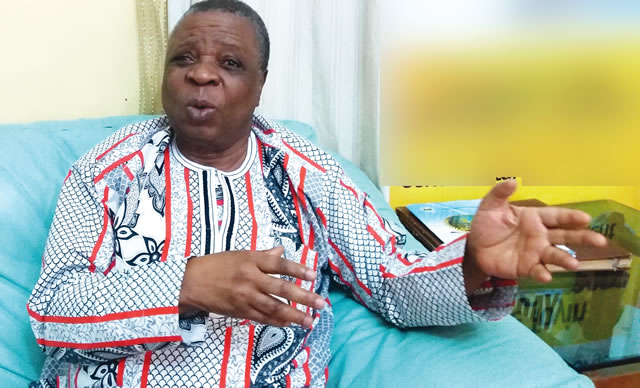 Chief Ebenezer Babatope, a former Minister of Transport, on Wednesday said the Kano state government must look inwards and see if it has not violated the cultural tradition of the ancienstry through the banishment of the former Emir, Muhammad Sanusi II.

Hundreds of people have died mysteriously in the state in the last one week with about 60 people dying in one day.

The Kano State Government had said the recent deaths in the state were caused by complications arising from hypertension, diabetes, meningitis and acute malaria.
The Sarkin Kano, Alhaji Aminu Ado Bayero, also confirmed that the mass deaths reported in Kano State were not from COVOD-19 as being speculated in some quarters.

Speaking in a chat with INDEPENDENT, Babatope said as Africans who value tradition, the state government must find out if it has not violated traditional custom in the state.

“If they are saying it is not linked to Coronavirus, then they must examine their tradition. They must go and find out if someone is wronged by their tradition. Having banished their Emir, it could be part of their tradition that they shouldn’t do that kind of thing.

“For prominent individuals to be dying like that without being infected with Coronavirus is very mysterious. They need to examine very critically their traditional arrangements. I only hope the banishment of the Emir hasn’t got anything to do with the mysterious deaths.

“I think the governor must sit down with his executives to ensure that they go into the root of this matter and find out if they have not bastardised their tradition. We are Africans and we believe in African tradition.

“If they have bastardised the African tradition by the way they removed the Emir, it is dangerous and they must seek for restitution. The death of so many people in just few days is very baffling and mysterious,” he said.