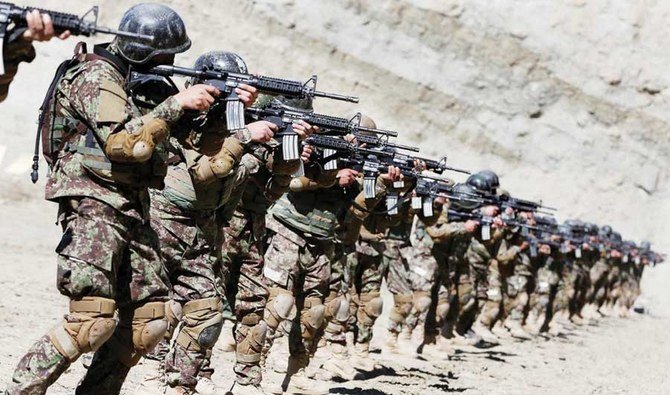 The US envoy for Afghanistan, Zalmay Khalilzad, on Sunday urged the Taliban to suspend attacks on Afghan government forces until the threat of coronavirus had disappeared from the country.

He also reminded President Ashraf Ghani and his rival Dr. Abdullah Abdullah — who also claims to be president — that Ramadan was a chance for them to put aside the differences that have plunged the country into political turmoil.

He asked them to put the country’s interests ahead of their own.

“Similarly, Ramadan offers the Taliban an opportunity to embrace a humanitarian cease-fire to reduce violence and suspend offensives military operations until the health crisis is over,” Khalilzad tweeted. “The well-being of the

Afghan people and the country itself depended on all parties devoting their full energies to the fight against the COVID-19 pandemic, the shared enemy of all.”

He said Kabul and the Taliban needed to expedite the release of prisoners based on the historic peace deal signed between the armed group and the US in Qatar in February, after nearly 18 months of intense closed-door negotiations.

“The war on COVID-19 makes the exchange of prisoners urgent and will also aid the peace process including getting intra-Afghan negotiations underway,” he added.

Khalilzad brokered the deal with the Taliban — which excluded Ghani’s government — a critical condition of which was the complete departure of US troops from Afghanistan within 14 months of signing it.

But there is also tension following last year’s presidential elections, and the envoy has tried to resolve the issues between Ghani and Abdullah by urging them to form a single inclusive government but with little success, prompting the US Secretary of State Mike Pompeo to intervene and travel to Kabul.

Angered by Ghani and Abdullah’s intransigence, the US in March announced it was cutting $1 billion in aid to Afghanistan for 2020 and the next year, too, if both leaders failed to create a single administration.

Under the US peace deal the Taliban is required to ensure that areas under its control are not used against any country, including US interests, and that they halt attacks against foreign troops as well.

However, since signing the deal, the Taliban has targeted government forces despite the spread of COVID-19, and the US and its allies have aided government troops to strike Taliban positions in retaliation.

Javid Faisal, a spokesman for Ghani’s national security adviser, on Saturday said the Taliban had carried out a total of 2,804 attacks against national forces since the Qatar deal, accusing the Taliban of having no interest in intra-Afghan peace talks which should have taken place in early March following the exchange of prisoners between the two sides.

Earlier this month the Taliban accused the US of violating parts of the deal, such as facilitating the release of 5,000 Taliban prisoners held by Kabul in return for the freedom of 1,000 government forces and the start of talks among Afghans.

The Taliban had warned then that further infringements could damage trust in the US.

On Sunday, the armed group insisted it had acted according to the peace deal, rejecting suggestions to enforce a cease-fire or halt attacks as demanded by several foreign powers.

“Intra-Afghan negotiations would have laid the groundwork for peace, security and the end of hostilities, and perhaps we would have made major progress on it to date,” Zabihullah Mujahid, a spokesman for the Taliban said in a statement. “Demanding a cease-fire and reduction in violence at a time when the opposite side is not executing its obligations is both illogical and opportunistic.”

Analyst Taj Mohammad said the situation seemed more fragile compared to the past given there had been no significant progress in the exchange of prisoners, the start of intra-Afghan talks, or the formation of a single government as demanded by the US.

“The spread of COVID-19 adds one further major blow to the entire situation here,” he told Arab News. “The world and Washington are tied up with their crisis with regards to the virus and cannot wait and endeavor forever to settle the problems of Afghanistan. Ordinary Afghans will face more suffering as things are getting more complicated here.”