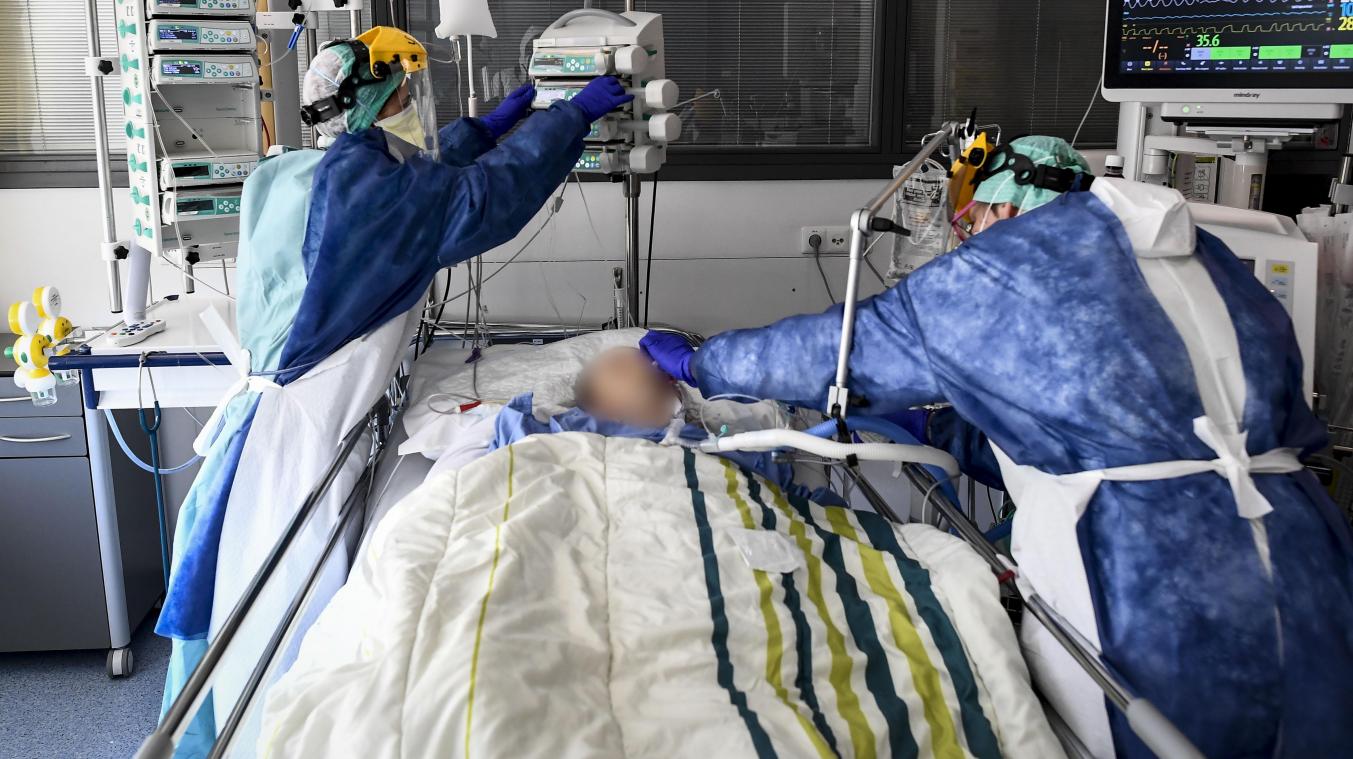 908 new people have tested positive for the new coronavirus (Covid-19) in Belgium, confirmed the Federal Public Health Service during a press conference on Thursday.

This brings the total number of cases in Belgium, since the beginning of the pandemic, to 42,797. The total reflects all people in Belgium who have been infected, and includes confirmed active cases as well as patients who have since recovered, or died from the consequences of the virus.

386 of the newly-infected people live in Flanders, 342 live in Wallonia, and 116 live in Brussels. The FPS does not yet have further information on the place of residence of 64 other people.

“561 of those positive results come from the classical testing network. 347 come from tests taken in the residential care centres, which are still ongoing,” said Professor Steven Van Gucht of the coronavirus crisis centre. In total, almost 180,000 coronavirus tests have been taken in Belgium, of which 8,266 in the past 24 hours.

211 new patients were admitted to the hospital in the last 24 hours, and 367 people have been discharged, bringing the total number of people in hospital because of the coronavirus at the moment to 4,527, a decrease of 238 patients.

“Of the patients in the hospital, 993 are in the intensive care unit, which is a decrease of 27 patients,” said Van Gucht. “This is the first time since the end of March that we have had fewer than 1,000 people in the ICU,” he said, adding that of those patients, 703 are currently on a respirator.

Of the newly-reported deaths, 102 occurred in Flanders, 93 in Wallonia, and 35 in Brussels. The total number of deaths in Belgium since the beginning of the pandemic is currently 6,490. “Of that number, 46% occurred in hospitals,” added Van Gucht.

“As you know, the number of deaths that we report every day does not only reflect the confirmed cases, but also the suspected cases. Together, this means that Belgium reports a relatively high number, especially in comparison with some other countries,” said Van Gucht.

“Belgium also has a different surveillance system that shows the excess mortality very well. Normally, the baseline is about 300 deaths per day. When the number is significantly higher than that, we talk about excess mortality,” said Van Gucht. “From 16 March, we have seen this number climbing fast, showing a significant excess mortality in Belgium,” he added.

“This way of reporting reflects the impact of the epidemic very well. If we would only take into account the confirmed cases, we would underestimate the number of cases significantly,” Van Gucht said. “We see that this excess mortality is much higher now than in the past. However, it is definitely not higher than in our neighbouring countries at the moment,” he added.

“The Centre for Cybersecurity Belgium (CCB) has found that, in recent weeks, a huge number of domain names with references to the coronavirus, and specifically to face masks, have been purchased, many most likely with malicious intent,” said Yves Stevens, a spokesperson for the National Crisis Centre.

“The centre warned people to always be careful when purchasing protective equipment online: if it seems too good to be true, it probably is,” Stevens said. “If you receive an offer via email or text message, do not click on the link in the message, because it will most likely send you to a fraudulent link,” he added.

“Keep it up, give the right example, stop the virus. Together, we can definitely do this,” Stevens said.