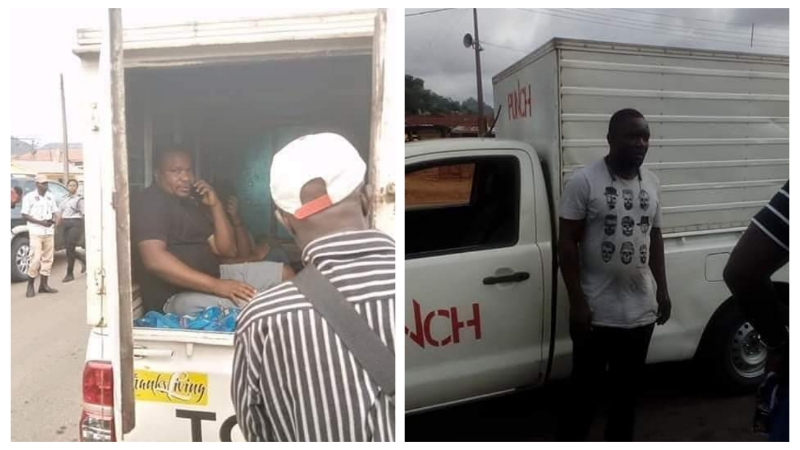 A driver attached to Punch Newspapers identified as Momoh Joshua and six other persons have been dragged by the Police in Ekiti to an Ado-Ekiti Chief Magistrates’ Court for defying the state lockdown regulations.

The Director for Public Prosecution (DPP), Mr. Julius Ajibare, told the court that all the defendants committed the offence on April 19 at about 8am in Ikere-Ekiti.

Ajibare said Momoh, who was on essential duty, was found guilty of smuggling six passengers out of Ekiti State with one of the newspaper’s circulation vans.

The DPP said the defendants violated Regulation 2 (1) (b) and punishable under Regulation 12 of the Ekiti State Coronavirus (prevention of infection) Regulations, 2020 made pursuant to Section 8 of the Quarantine Act, Cap Q2, LFN, 2004.

Joshua will pay a fine of N30,000 on both charges and render community services for two days.

The Chief Magistrate, Mr. Abdulhamid Lawal, ordered Joshua to pay a fine of N30,000 on both charges and render community services for two days.

The chief magistrate sentenced all the defendants, 2nd, 3rd, 6th and 7th defendant on count 1 to the sum of N5,000 and two days community service each.

The 4th defendant, Joseph Agboola, absconded on the way to the court and was issued a warrant of arrest by the court.

The 5th defendant, Adeyinka Toyosi, said she was a nurse working in Lagos at the National Orthopaedic Hospital and a nursing officer two, while she was fined N2,000 for trying to use a restless means to get back to Lagos as an essential worker.

READ  Nigerian Student In Australia Arrested In Attempt To Collect Another $170,000 After A Successful $370,000 Scam (PHOTOS)