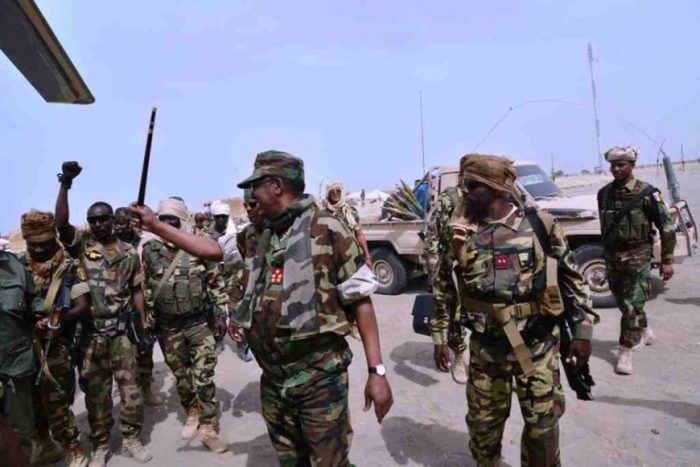 The President of Chad, Idriss Deby has taunted the Nigerian leadership, accusing them of freeing captured Boko Haram fighters.

Deby, in the video circulating on social media directed his soldiers to remain vigilant and keep watch over the territory recently captured from the insurgents.

Chadian troops had about a week ago, recorded a massive victory against the Boko Haram terrorists after launching a bombardment against them in their hideout around the lake chad region.

In the now viral video, Déby is seen telling his troops that if freed, the insurgents would come to Chad to hurt them.

“This place will be our zone until Nigeria sends its soldiers. Stay with them for about a month. Do not let them free captured weapons or any Boko Haram terrorists, they will return to Chad and this will just hurt us,” he said.

“The 10 percent that are left are running everywhere. Some have drowned and some ran to Niger, some to Nigeria but they will never come to Chad again. Chad is no place for Boko Haram.”

Kudos to President Idris Derby of Chad, now that he has done the most job, I hope hailers will tell their hero PMB to brace up and finish the remaining 10% Job so we stop lossing our young brilliant and promising officers needlessly. May Nigeria Triumph over her challenges. pic.twitter.com/gNe1Prx6rG