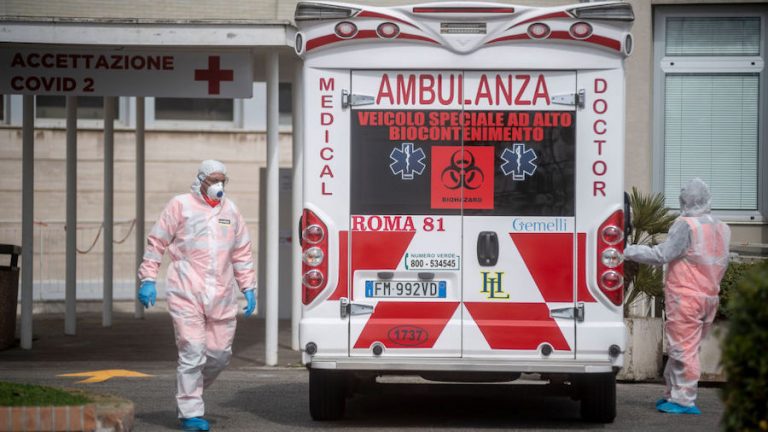 Prime Minister Giuseppe Conte was reportedly ready Friday to extend most measures of Italy’s month-long lockdown until early May in order to avoid a second coronavirus wave.

Italy’s main newspapers said Conte will publish a decree either Friday or Saturday prohibiting people from taking walks or lounging in parks until May 3.

The reported decision followed days of consultations with government scientists and regional leaders.

Italy’s death toll from the novel coronavirus has officially reached 18,279 since the end of February, the highest in the world.

But daily rises in new infections have slowed dramatically and Italy is gradually approaching a point when the number of people officially suffering from COVID-19 might begin to drop.

The Corriere della Serra newspaper said Conte will bow to growing pressure and allow a tiny number of businesses to reopen when the existing restrictions expire on April 13.

These reportedly include book and stationery stores as well as lumber companies and factories that make agricultural machinery.

The government and scientists reportedly view these as businesses with the least amount of human interaction.

It will represent “a small, cautious, symbolic opening,” the Corriere della Serra wrote.

“We do not have the conditions to restart thing now,” Conte reportedly told union and business leaders during a private videoconference on Thursday.

Only grocery stores and pharmacies have been allowed to operate since a general lockdown began at the peak of the Mediterranean country’s outbreak on March 12.

A study released by the Confcooperative small business lobby said the closures have left more half of Italy’s 1.3 million construction workers and over a third of the 11.4 million services sector employees furloughed.

Government scientists have also been pushing for the ban on public gatherings to be extended as long as possible as a safety precaution.

But Conte was now reportedly ready to let Italians freely leave their houses for the first time in nearly two months on May 4.

“If scientists confirm it, we might begin to relax some measures already by the end of this month,” he told the BBC on Thursday.