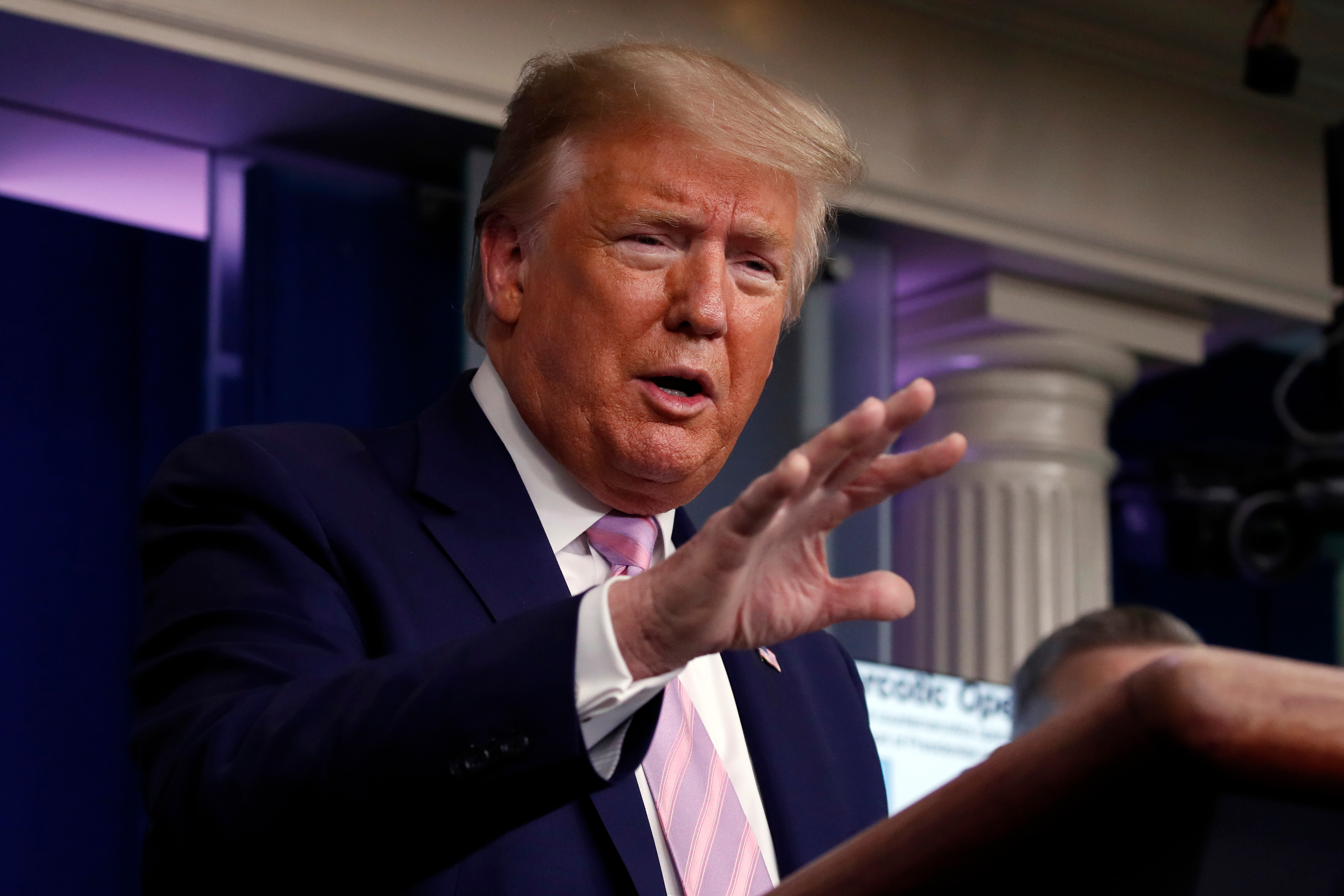 President Donald Trump gave another dire press conference warning of ‘horrific’ weeks to come as the US reported its highest one-day coronavirus death toll of 884 people.

“Difficult days are ahead for our nation,” US President Donald Trump told reporters at the White House on Wednesday.

“We’re going to have a couple of weeks, starting pretty much now, but especially a few days from now, that are going to be horrific.”

Trump had initially played down the virus’ severity, but White House medical experts now forecast that even if Americans follow unprecedented stay-at-home orders, some 100,000 to 240,000 people could die from the respiratory disease.

The World Health Organisation said the global case count will reach 1 million and the death toll 50,000 in the next few days. It currently stands at 43,412.

US has its highest one-day death toll

The coronavirus has killed 884 people over the past 24 hours in the US, a new one-day record for the country with by far the highest number of reported cases anywhere in the world, Johns Hopkins University said Wednesday evening.

That took the total death toll in America to 5,116 people.

The grim record for deaths in one day is held by Italy with 969 on March 27.

Connecticut Governor Ned Lamont announced what he called a tragic milestone as the virus claimed its youngest known US victim to date, a six-week-old baby.

“It just is a reminder that nobody is safe from this virus,” Lamont said at a field house at Southern Connecticut State University in New Haven, where more than 200 hospital beds have been set up.

New York Governor Andrew Cuomo on Wednesday clamped down harder on public gatherings in the face of the coronavirus, calling residents “selfish” for refusing to stay home as California’s governor warned his state may run out of intensive care beds and ventilators next month.

“Young people must get this message, and they still have not gotten the message, you still see too many situations with too much density by young people,” said Cuomo in imposing new rules to close playgrounds, swing sets, basketball courts and similar spaces.

The Democratic governor sounded vexed by reports of crowds gathering at a Manhattan pier to watch the arrival of the US Navy hospital ship, the Comfort.

“How reckless and irresponsible and selfish for people not to do it on their own,” he said.