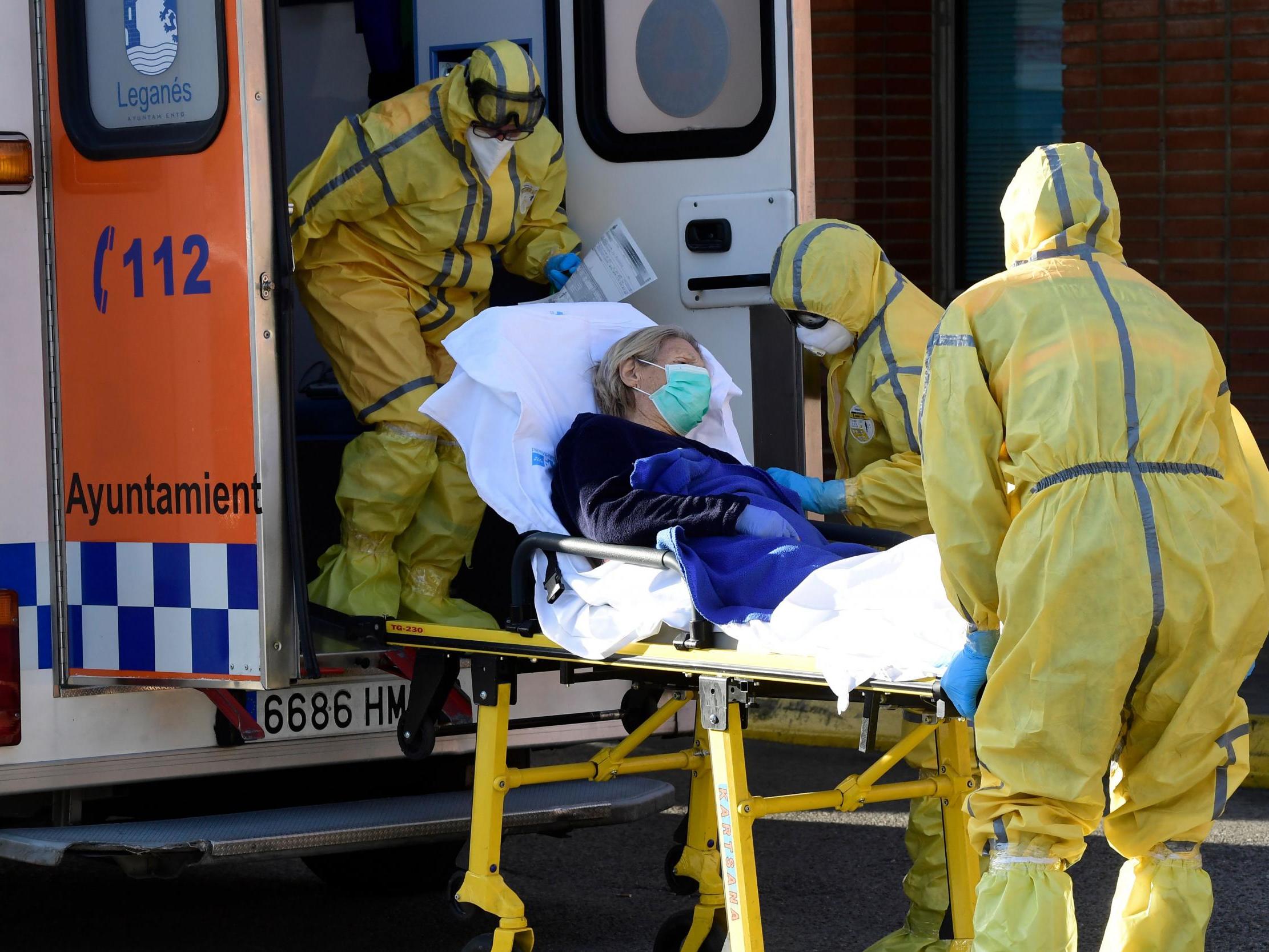 The coronavirus death toll in Spain surged over 10,000 on Thursday after a record 950 deaths in 24 hours, with the number of confirmed cases passing the 110,000 mark, the government said.

Spain has the world’s second-highest death toll after Italy, with the virus so far claiming 10,003 lives although the rate of new infections and deaths continued its downward trend, the health ministry figures showed.

Spain set yet another grim record as the daily body count from coronavirus was confirmed as 950 on Thursday bringing the total of fatalities across the nation to just over 10,000.

The number of deaths within a 24 hour period exceeded 800 for the sixth day in a road, according to official data from Spain’s Health Ministry.

Since Wednesday morning a total of 8,102 infections were confirmed, taking the total to 110,238.

A total of 54,113 people in Spain have been hospitalized, the data showed, while 26,743 have recovered and been discharged from hospital since the coronavirus outbreak began.

Despite the continued rise in the number of deaths, health officials believe the figures show a “trend change” that is positive. Most importantly, the number of people in hospital and those intensive care was falling, suggesting the epidemic had reached its peak, said Fernando Simón, head of the health ministry’s emergency coordination unit on Wednesday.

READ  How I Stopped Doctors, Other Health Workers From Leaving Ondo - Akeredolu

“This is important,” said Simón, who himself was diagnosed with the virus this week.

“Right now the central issue is not whether we have reached the peak or not, it seems we’re already there, and the numbers are going down.”

The main priority now was to ensure that the health system was capable of guaranteeing adequate coverage for all patients, Simón said.

Officials said the figures gave a “very positive” indication that the unprecedented lockdown put in place on March 14th, confining Spain’s population of nearly 47 million to their homes, was working.

Crunching the numbers, Wednesday’s figures showed new cases increasing by just over eight percent, compared with nearly 11 percent on Tuesday and 20 percent a week ago.

They also showed the death rate increasing at a rate of 10.6 percent compared with 27 percent a week ago, with Dr Maria Jose Sierra from the emergencies coordination unit saying the recent fatalities were those “who were infected two or three weeks ago”.