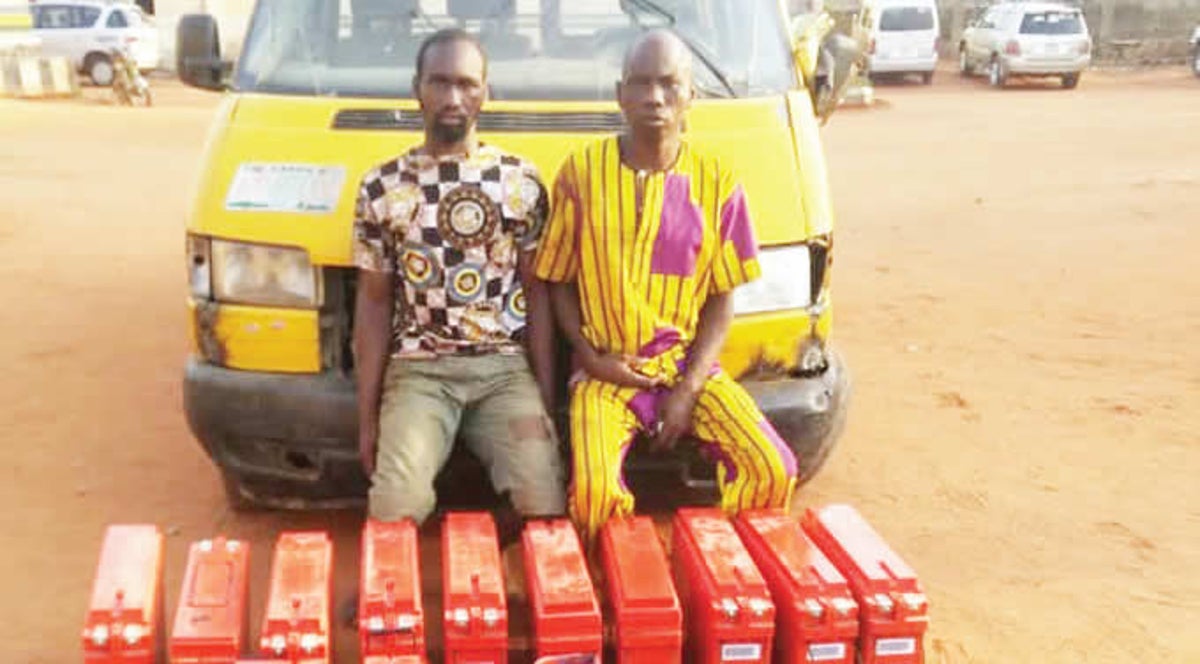 The Ogun State Police Command, on Sunday, said it had arrested two members of a syndicate, who specialised in vandalising telecom masts in the Ifo Local Government Area of the state.

The state Police Public Relations Officer, Abimbola Oyeyemi, said this in a statement.

Oyeyemi said the suspects, Monsuru Bankole, 20, and Kehinde Bello, 48, were arrested following a distress call received by the police in the Ifo Division.

The PPRO said the police received information that hoodlums numbering about 10 had invaded the site of an Airtel telecommunications mast at the Abule Ogun area of the town and were about stealing the backup batteries of the mast.

He added, “On receiving the distress call, the DPO Ifo Division, CSP Adekunle Samson, quickly mobilised his Anti-Robbery team and swiftly moved to the scene.

“On sighting the policemen, the hoodlums took to their heels, but they were hotly pursued and two members of the gang were arrested, while the others escaped.

“Recovered from them were a Volkswagen bus with number plate APP 871 XH, 12 telecom backup batteries valued at about N3m, gas cylinder, iron cutter and other housebreaking equipment.”

The PPRO said the Commissioner of Police, Kenneth Ebrimson, had ordered a manhunt for the fleeing members of the gang.

Oyeyemi added that the CP had also directed that the arrested suspects be thoroughly investigated with a view to charging them as soon as possible.