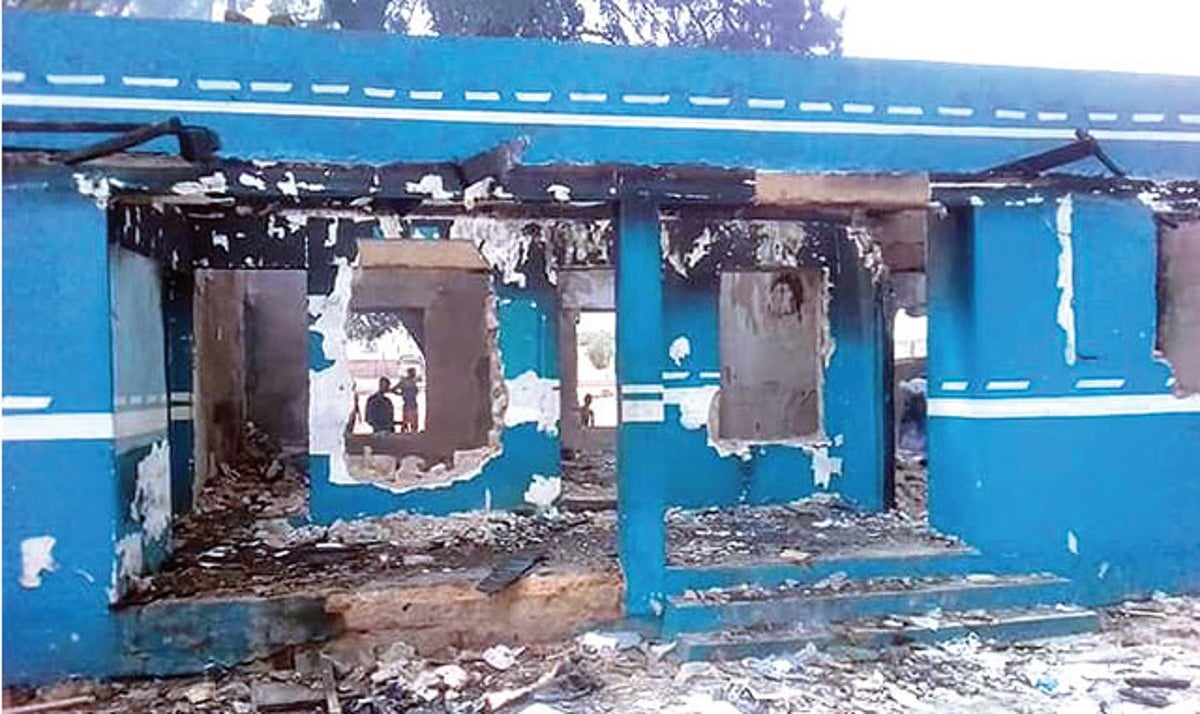 There was chaos on Friday in Minna, Niger State, when angry commercial motorcyclists, popularly known as okada riders, burnt down the office of the Federal Road Safety Corps .

The okada riders were angry over the death of one of their colleagues allegedly caused by some FRSC officials.

It was learnt that the late motorcyclist rode against traffic along the GRA in the state and in a bid to arrest him, the FRSC officials on patrol opened their vehicle door to block his motorcycle.

Eyewitnesses said the rider crashed the motorcycle in the process and hit his head on the pavement, leading to a serious injury. He was said to have been rushed to a hospital where he died.

Eyewitnesses claimed that the accident resulted in the death of two people; the rider and his passenger.

Some of the FRSC officials were said to have fled when the motorcyclists mobilised themselves but they beat others who waited. The protesters later set fire to office of the corps.

Nothing could be rescued from the burnt building as official documents, valuables of officers and an ambulance at the unit were affected by the fire.

The office of the National Orientation Agency located to the FRSC office was also burnt.

The Public Education Officer of the Unit, Deputy Route Commander, Olugbemiga Bello, who described the incident as unfortunate, stated that the FRSC men on patrol did not cause the accident.

“The motorcyclist did not die but was injured. The accident was caused by the injured motorcyclist due to recklessness,” Bello added.

READ  I’m not a smuggler, I don’t know why customs men killed my daughter –Dad of Ogun slain girl

Meanwhile, Chairman, Amalgamated Commercial Motorcycle Owners and Riders Association of Nigeria in the area, Umar Amah, denied the involvement of members of the association in the incident.

He said, “None of our members was around when the building was touched. I personally led away members who besieged the office before the incident occurred.”

The Niger State FRSC Sector Commander, Joel Dagwa, did not pick calls made to his mobile at the time of filing this report.