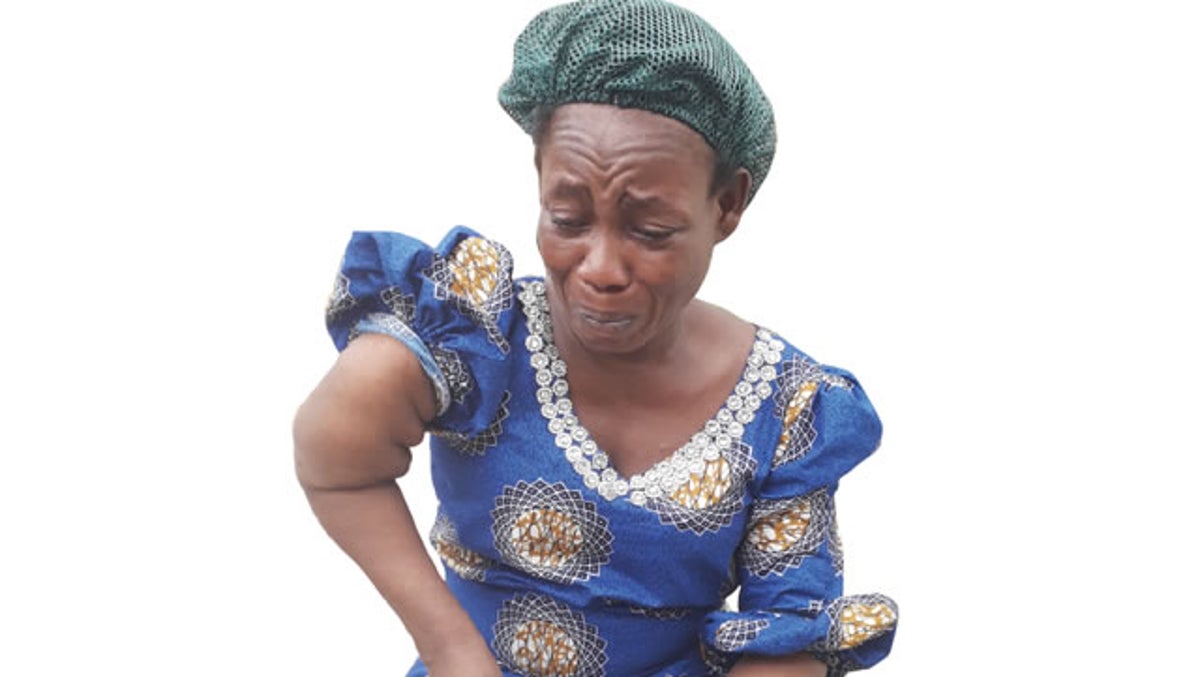 Bose Olasunkanmi, 44, the woman allegedly used for fake miracles by some pastors in viral videos, shares her story….

I met a girl called Fatila Musa who said I can make money with using my hand to perform fake miracles .She took me to different churches and also took me to the Mountain of Liberation and Miracle Ministry at Ojodu-Berger which is the last church I went to. The name of the Pastor is Chris Okafor. .

As I sat in the church, the pastor called my name and I went out. I have never seen him before but Fatila had already given him all the details. She gave me N10, 000 after we left the church, Fatila called me and said one brother Henry from the church would give me N400, 000. She later sent Henry’s mobile to me and I called him. Henry asked me to send him my account number and I did. After some days, he sent N400, 000 into my account. .

Why did Henry send the money to you?

He said I should not be involved in fake miracles again. He told me that the money should be used to rent a shop and an apartment. I used the money to rent a shop in Igando where police arrested me.
In your encounter with Pastor Okafor, he said your hand paralysed after you fell from the bed whereas you claimed you had an accident.

Who is telling the truth? .

I don’t know how the pastor came up with all he was saying about me when I was in his church. Maybe it was the Fatila that told him to say all those things.

READ  Coronavirus: Why We Can’t Reduce Taxes On Nigerians Despite COVID-19 Pandemic – FG

Why didn’t you refute his claim?

What am I going to say? It is yes I would say. Why will I say no inside the church? I cannot say no because the girl (Fatila) has arranged everything. .

Did you regret your action?

Can you recount all you said before Pastor Okafor and others who performed ‘miracles’ on you?

Yes. In fact, I am ready to take the police to all the churches because I am tired. All the pastors should be arrested. I can confront them with everything I just said. They cannot deny that they don’t know me.