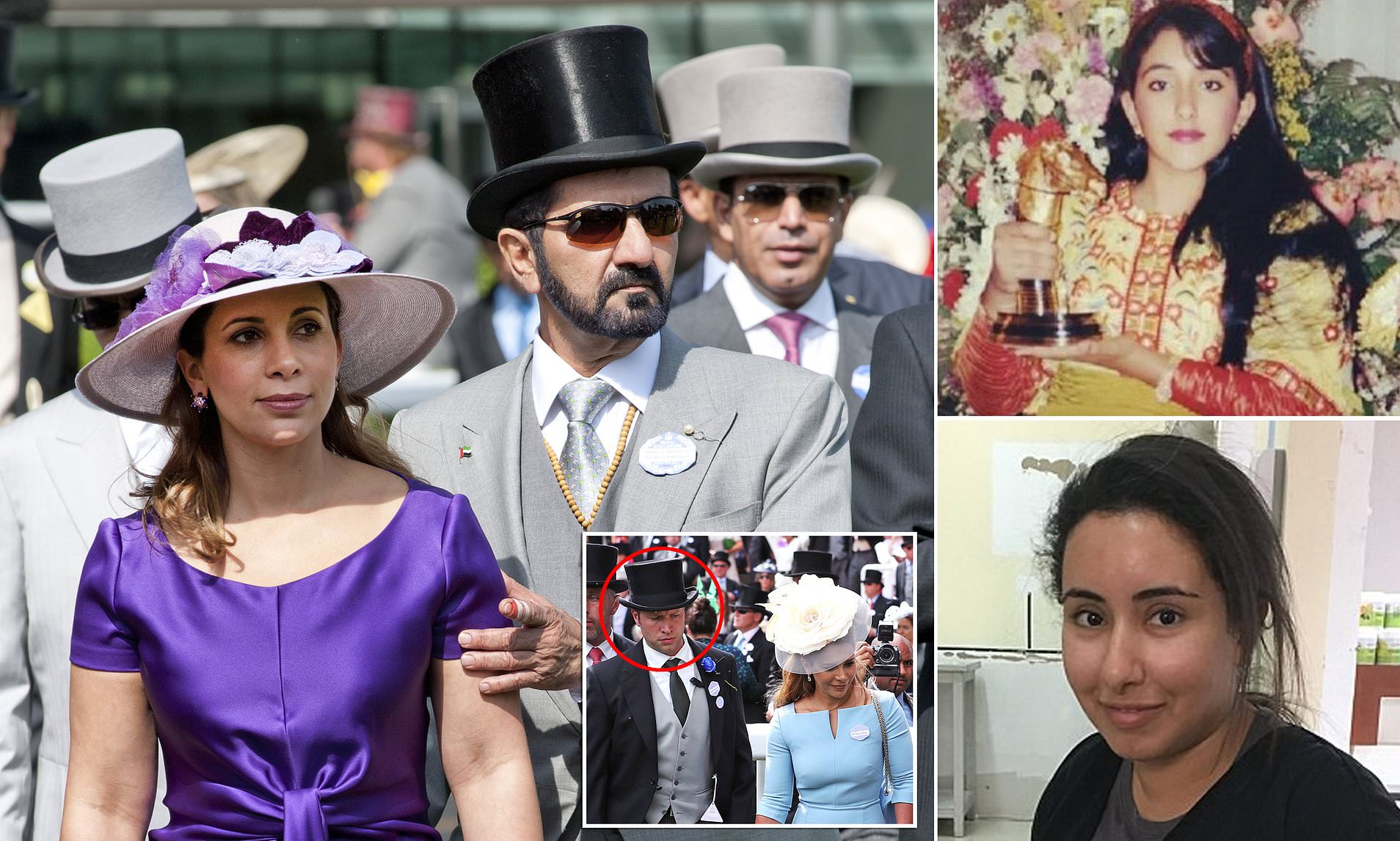 The ruler of Dubai ordered the kidnapping of two of his own children and conducted a ‘campaign of fear and intimidation’ against his former wife, the High Court has ruled.

The 70-year-old vice president and prime minister of the UAE – who is said to be on ‘respectful and friendly terms’ with the British royal family – was accused of using ‘the state and its apparatus to threaten, intimidate, mistreat and oppress with a total disregard for the rule of law’, in a damning publication by one of Britain’s most senior judges. Soon after his wife fled, Sheikh Mohammed applied for the summary return to Dubai of their daughter Al Jalila, 12, and son Zayed, eight.

But Princess Haya, the half-sister of King Abdullah II of Jordan, asked the High Court to go on a fact finding mission, particularly in relation to the alleged kidnap and forcible detention of two of the Sheikh’s adult daughters from another marriage, almost two decades apart.

Further details of the hearings, which have been held in London since last year, can be reported for the first time after the Supreme Court rejected a last-ditch attempt by Sheikh Mohammed to prevent publication.

It can now be reported that Princess Haya applied for a non-molestation order for her own protection in July, as well as a forced marriage protection order in relation to her daughter, Jalila. Princess Haya also alleged that there had been a ‘campaign of fear and intimidation’ against her since the start of last year, after Sheikh Mohammed discovered her affair with one of her male bodyguards.

And today Sir Andrew McFarlane – the most senior family judge in England and Wales – said Sheikh Mohammed had ‘ordered and orchestrated’ the abduction and forced return to Dubai of Sheikha Shamsa in August 2000 and of her sister Sheikha Latifa twice, in 2002 and again in 2018.

The judge found that Shamsa, now 38, was abducted from the streets of Cambridge and ‘has been deprived of her liberty for much if not all of the past two decades’. Sir Andrew also found Latifa, now 35, was held ‘on the instructions of her father’ for more than three years after her first escape attempt in 2002 before being released in October 2005. Latifa’s second attempted escape from the UAE made headlines around the world after the publication in March 2018 of a video which she said would only be released if ‘I’m dead, or I’m in a very, very, very bad situation’.

Sir Andrew backed claims by Tiina Jauhiainen, Latifa’s friend who tried to help her escape, that Indian special forces boarded a boat in international waters off the coast of Goa on March 4 2018, before Latifa was taken back to Dubai against her will.

The judge said: ‘She was pleading for the soldiers to kill her rather than face the prospect of going back to her family in Dubai.

‘I conclude, on the balance of probability, that Latifa’s account of her motives for wishing to leave Dubai represents the truth.

‘She was plainly desperate to extricate herself from her family and prepared to undertake a dangerous mission in order to do so.’

In a statement, co-founder of the Free Latifa campaign David Haigh said: ‘It is now clear to see why Sheikh Mohammed did not want these judgments to be made available to the world.

‘They show him as someone unfit to be in charge of children, let alone a state that is an ally of the UK.’ Ms Jauhiainen branded herself ‘delighted with the publication of the judgements’.

The court heard that Sheikh Mohammed divorced Princess Haya – without her knowledge – on February 7 2019, the 20th anniversary of the death of her father, King Hussein of Jordan. Sir Andrew said Princess Haya was ‘clear that the date will have been chosen to maximise insult and upset’. In her evidence, Princess Haya described ‘one of the longest and most frightening days I ever remember living’ in March 2019, when a helicopter landed outside her house and a pilot told her that he had come to take one passenger ‘to Awir’, the site of a prison in the desert.

Sir Andrew said he agreed with Princess Haya’s barrister, Charles Geekie QC’s contention that the events between 2000 and the present day showed ‘a number of common themes, at the core of which is the use of the state and its apparatus to threaten, intimidate, mistreat and oppress with a total disregard for the rule of law’. He added: ‘I also accept Mr Geekie’s submission that these findings, taken together, demonstrate a consistent course of conduct over two decades where, if he deems it necessary to do so, the father will use the very substantial powers at his disposal to achieve his particular aims.’

All the findings of fact, which are vehemently denied by Sheikh Mohammed, have been found to the civil standard of proof on the balance of probabilities. In a statement issued after the judgments were published, Sheikh Mohammed said the process only told ‘one side of the story’. He added: ‘This case concerns highly personal and private matters relating to our children. ‘The outcome does not protect my children from media attention in the way that other children in family proceedings in the UK are protected.’