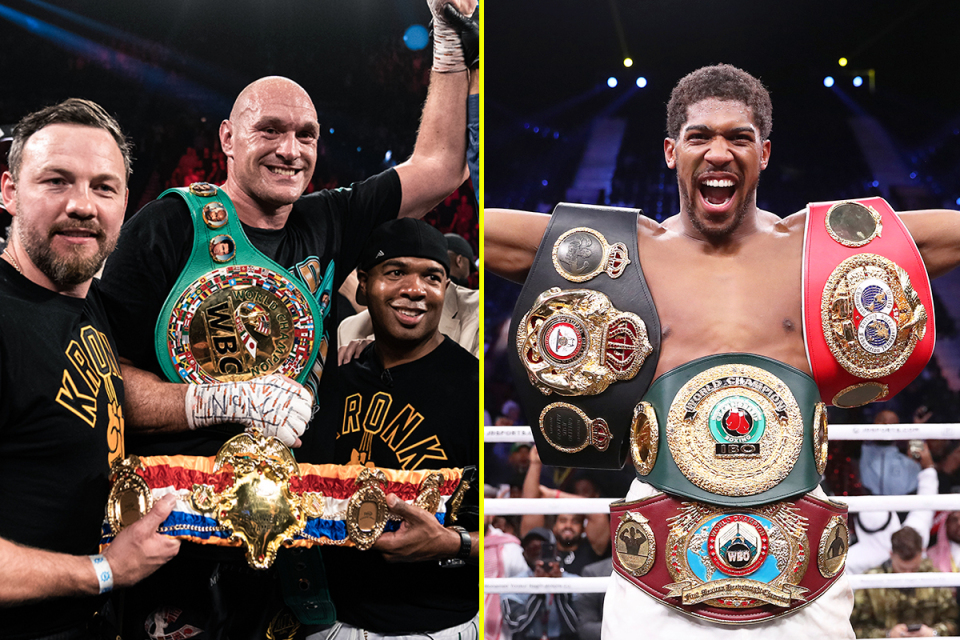 Boxing legend, Floyd Mayweather Jnr, has warned British fighters, Tyson Fury and Anthony Joshua, that a boxer outside the United States of America and the United Kingdom will dominate the heavyweight division after them.

Fury knocked out Deontay Wilder in the 7th round at the MGM Grand Garden Arena in Las Vegas, USA, in their rematch last month to regain the WBC world heavyweight title.

Fury and Joshua are both on course for a unification fight after their next contests against Deontay Wilder and Kubrat Pulev, respectively.

During a Q&A at York Hall in London on Wednesday, Mayweather, who declined to provide his prediction on who would win a unification fight between Fury and Joshua, was quoted by Metro UK as saying: “Boxing is strong all around the world and even if I were in the US I would say the same thing and just because you win one fight, that does not define your career.

“One fight does not define your career. If that is the case, all I had to do was go and fight Manny Pacquiao, and my career would be defined from one fight.