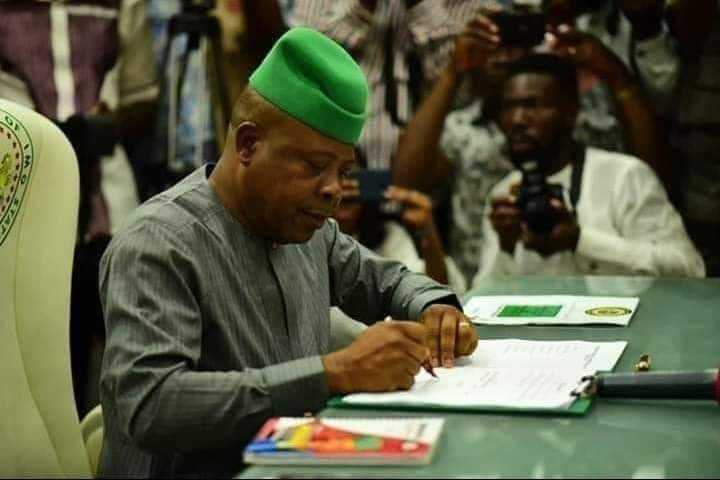 Nigeria’s apex court, the supreme court of Nigeria is prepared to hear an application by Ihedioha seeking a review of its earlier judgment.

An application filed by Emeka Ihedioha of the Peoples Democratic Party (PDP), asking for a review of judgement on the Imo governorship that declared Hope Uzodinma of the All Progressives Congress (APC) winner of the March 9, 2010 election will be heard today by the Supreme Court.

The decision to hear the suit today comes a day after the top court adjourned the matter due to an application filed by Kanu Agabi, who is Ihedioha’s lead counsel.

Agabi, SAN, told the court that he had just been served with some processes by Governor Hope Uzodinma and needs time to respond.

Mr Ihedioha and the PDP had approached the Supreme Court after it on January 14 nullified his victory and declared Mr Uzodinma as the winner of the election.

Mr Ihedioha had been declared the winner of the election the Independent National Electoral Commission (INEC) and had served as governor for months before the court ousted him.