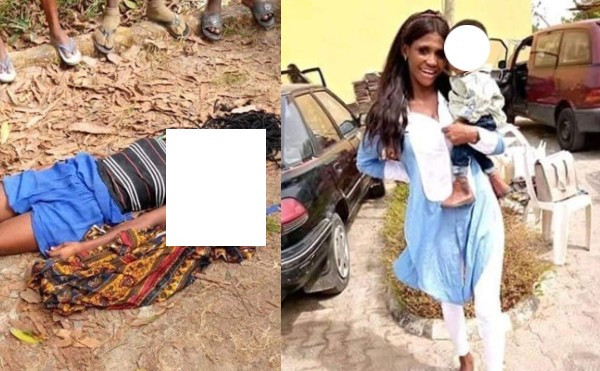 A 22-year-old lady in Bomadi community, Delta state has allegedly killed herself and her child after her baby daddy denied paternity of her child.

The lady, identified as Epigha Peace Koboye allegedly poisoned herself and the baby as their bodies were found at her residence last Sunday

It was further gathered that their corpses have been evacuated and deposited at Bomadi General Hospital.

In other news, some residents of an undisclosed area have nabbed a Hausa young boy selling toxic drinks to people.d

A video which emerged online showing people who caught the boy, the toxic drink which the Hausa young man sells seems to be mixed with a chemical that could destroy the human body system.

While forcing the boy to kneel down, one of the bottles of the toxic drink was opened and the liquid inside was tested on something that looks like plastic, and surprisingly, the poison melted the plastic

This is indeed dangerous and could destroy human body system if consumed.