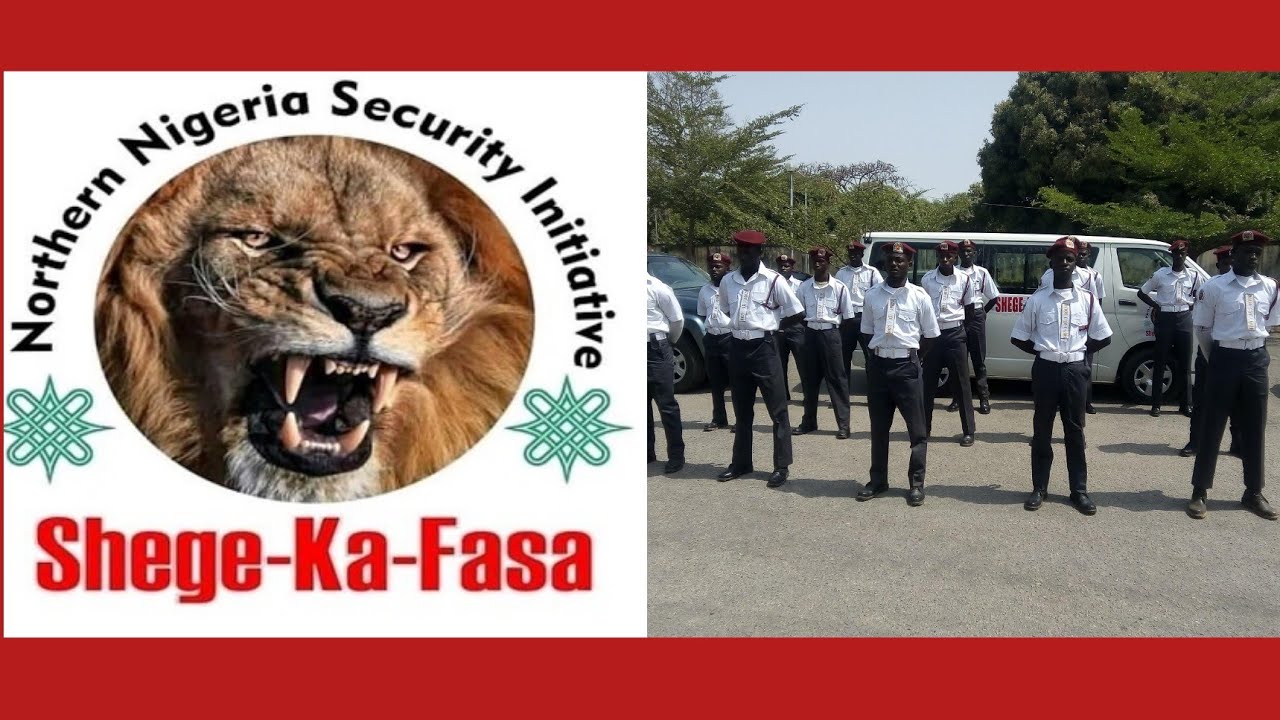 The Coalition of Northern Groups (CNG) has unveiled a security outfit code-named “SHEGE KA FASA”, which it said will address the security challenges in the northern region of the country.

Spokesperson of the group, Abdul-Azeez Suleiman said formation of the security outfit became neccessary following the spread of insurgency from the North-East region in 2008 to other parts of the Northern region.

The group who urged governors of all northern states to emulate their colleagues in the South-West and South-East region in securing the lives of residents of their states, said they will be formalizing the request by writing to political leaders in the region.

“The outfit, codenamed “SHEGE KA FASA” is designed to be the vanguard of the entire North encompassing every ethnic group and religion and to be deeply patriotic in its operation.

“For the past 12 years, the North has struggled with disabling challenges that include dwindling economy, rising poverty and more worrying, a crippling security situation that has taken a huge toll on lives, property and the overall cohesion of the region.

“A new dimension was introduced to the farmers/herders conflict which gradually deteriorated into an uncontrollable proportion and deepened the artificial rift between communities in the region.

“This trend suddenly metamorphosed into deadly armed banditry and kidnapping for ransom which is recycled for arms and drugs. This is in addition to another frustrating trend of the theft and forced trafficking in northern children to other parts of the country for reasons that are largely dubious.

“The situation today, on most northern highways, innocent travelers are waylaid, robbed and abducted, towns and villages attacked and sacked by bandits who have created an atmosphere of palpable fear across the region.

“As the situation grows more desperate by the day with the North as the most porous and vulnerable, with northerners as the most distressed and estranged.

“By this, today we unveil the symbols for the Shege Ka Fasa outfit which would be formally inaugurated in the coming few weeks when all necessary legal processes might have been completed or formally adopted and ratified by the northern states governors.

“That the current desperate situation in the North can be largely contained and eventually controlled by intensifying the task of anticipating and checkmating the manoeuvres of all criminal elements and blocking the supply channels for such dangerous merchandise as firearms and drugs.

“That this task can only be successfully achieved with the active involvement of the members of all northern communities that are at the receiving end of the apparent security lapses.

“That is the prevailing circumstances, the only option is to resort to voluntary self-defense mechanisms in line with initiatives taken by other regions that are even least affected in comparison to what obtains in the North”.

“Against the backdrop of these concerns and observations, the Coalition of Northern Groups does not wish to remain silent or passive and allow things that affect the North and potentially cause greater instability in the country to continue unchecked.

“Aware also of the need for concerted efforts to assist the Federal Government to restore peace and security and to disband all militias and armed groups in northern Nigeria to ensure that no group has the capacity to challenge the State in its prerogative to maintain law and order, and protect citizens’ lives and properties, the CNG has:

“Initiated practical measures for the setting up of a northern regional security outfit to compliment the efforts of the police, the military, the security services to detect, expose and defeat all criminal machinations and carry out specific and general tasks that would realign the attitude and thinking of the public with the ideals and objectives of the founding fathers of the region.

“In addition to performing general complementary tasks for enhancing security in the region, the outfit shall also Coordinate operations against the influx of hard drugs into the North, take steps to neutralize all centers of gravity for the supply, manufacturing, and distribution of such drugs and other dangerous substances”.

It is expected the security outfit will coordinate vigilance to check and expose illegal arms trade, supply channels and possession, guard against the theft and illegal traffic in kids and other vulnerable sections of the northern population and expose operations of fraudsters like the Yahoo boys whose ill-gotten wealth forms part of the source of funding for the drug and arms trade.