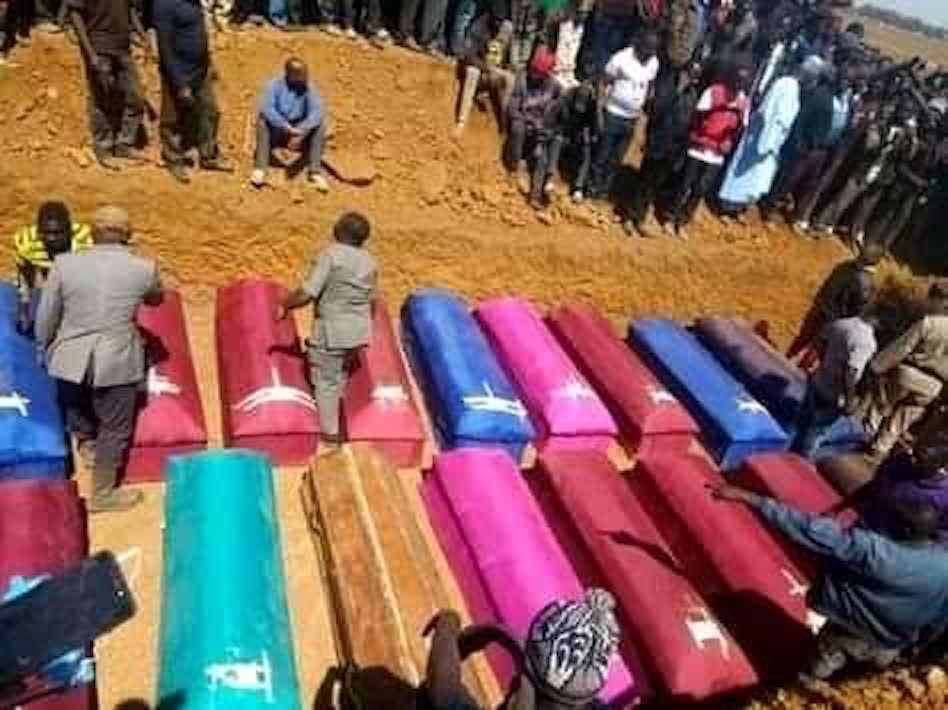 Many could not hold back the tears as 23 bodies killed in last Sunday’s attack by suspected herdsmen in Kwatas community of Bokkos local government area, Plateau State, were given a mass burial yesterday in the community.

A community youth leader, John Akans, confirmed that 23 bodies were laid into the mass grave. “The mass burial has been conducted and 23 bodies were buried; women, youths and children who put on black clothes all gathered; Bokkos community was in a mourning mood,” John said.

Those buried were 13 people attacked and killed on Sunday night in Kwattas. Two had died on Monday and eight others were killed in different parts of Bokkos together with those who died as a result of fatal injuries at the state hospital.

Meanwhile, the Plateau State Police Command has transferred to Abuja Fulani and community leaders from Bokkos, Mangu, Barkin-Ladi and Riyom local government areas – the epicentre of the mass killing. The Commissioner of Police, Isaac Akinmoyede, who carried out the arrest, was acting on the instruction of Governor Simon Lalong, who ordered him to arrest all Fulani Ardos and community leaders from the affected areas until those responsible for the killings are found.