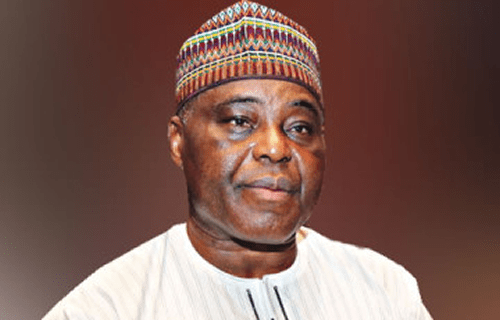 The Federal High Court, Abuja has adjourned the ongoing trial of the Chairman Emeritus of DAAR Communications Plc, Raymond Dokpesi, until March 18.

Mr Dokpesi opened his defence in the alleged N2.1 billion fraud charge preferred against him by the Economic and Financial Crimes Commission, (EFCC) on January 21.

At the resumed hearing on Thursday, Mr Dokpesi told the court that he was invited to a meeting with the former President, Goodluck Jonathan in 2015 where they discussed the need for the implementation of a Presidential Media Initiative.

“The president lamented that the opposition in Nigeria represented by the All Progressives Congress (APC) had done tremendous damage to the image of the country.

“That the leaders of the opposition had gone round most countries of the world saying that the current government was clueless, incompetent, insensitive and callous and that there was need to develop a media initiative.

“This media initiative was adopted by late Gen. Sani Abacha’s administration and was accepted by President Olusegun Obasanjo, who personally signed and endorsed the initiative as being beneficial to Nigeria.

“Eight years later, it was adopted and accepted by late President Umaru Yar’Adua, the proposal was passed on to the Ministry of Information and Culture which was at that time headed by late Mrs Dora Akunyili.”

He said it is only elements of the media initiative that had been approved and endorsed by all the heads of states and presidents of Nigeria that had to be extracted and presented.

He also said it was not true for the prosecution to say that the breakdown of the media initiative that was submitted to the president by him was hurriedly put up.

“The statement I gave to the EFCC which included the breakdown of the electronic media initiative which I submitted to the president was not hurriedly put up.”

Mr Dokpesi also told the court that the presidential media initiative was a pragmatic response and proactive approach to combating and arresting perceived negative publications and portrayal of the president on the international scene.

He said the initiative was also aimed at reinvigorating the presidency as well as altering negative media perceptions among others.

The trial judge, John Tsoho, however, at this juncture adjourned the matter until March 18 and 20 for continuation of the evidence-in-chief by Mr Dokpesi.

The EFCC arraigned Mr Dokpesi in 2015 on a seven-count charge bordering on alleged N2.1 billion fraud said to be payments received from the office of the former National Security Adviser, Sambo Dasuki.