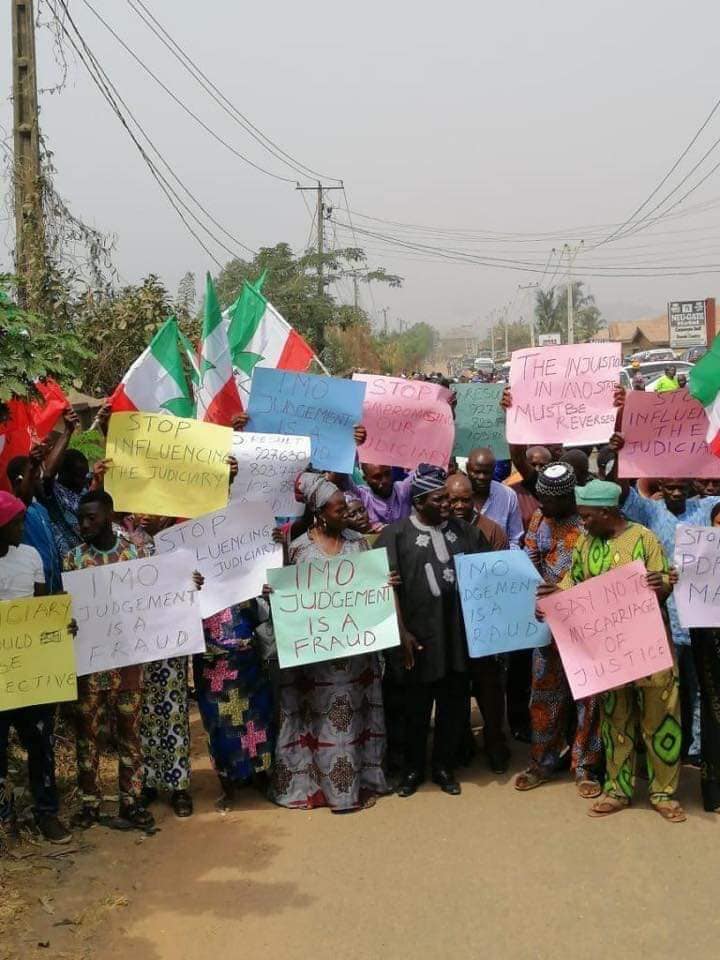 The apex court, in a unanimous judgement by a seven-man panel of justices that was led by the Chief Justice of Nigeria, CJN, Justice Tanko Muhammad, held that Ihedioha who contested on the platform of the Peoples Democratic Party, PDP, was not duly elected.

The candidate of the All Progressives Congress (APC), Hope Uzodinma was declared by the court as the winner of the election and ordered the Independent National Electoral Commission (INEC) to return Hope Uzodinma as the Governor of Imo state.

Uzodinma placed a distant fourth in the results announced by INEC but the supreme court declared him winner based on the APC candidate’s claim that his votes across 388 polling units were annulled.