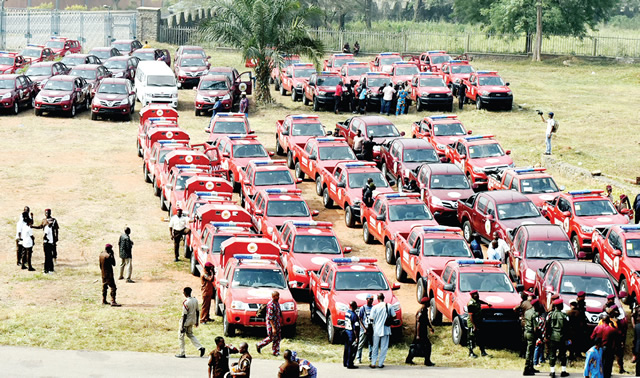 SMBLF said the Federal Government should explain why Amotekun security outfit is considered illegal while Hisbah in the North was legal.

Recall that the Attorney General of the Federation and Minister of Justice, Abubakar Malami on Tuesday declared the Southwest security outfit code named Amotekun illegal.

In a statement signed by his Special Assistant on Media and Public Relations, Dr Umar Gwandu, Malami had said the establishment of Amotekun was not backed by any known law in the land.

“The setting up of the paramilitary organization called “Amotekun” is illegal and runs contrary to the provisions of the Nigerian law,” Malami had said.

Reacting, the SMBLF described the AGF’s stance as an abuse of office.

According to the leaders, the right to preserve one’s life cannot be under any exclusive list.

The statement reads: “The attention of the Southern and Middle Belt Leaders Forum (SMBLF) has been drawn to the illegal diktat by the Attorney-General of the Federation, Mr Abubakar Malami SAN declaring Amotekun, the South-West security (not military or police) outfit illegal.

“We consider his action as an abuse of office to suppress the rights of federating units to secure themselves and in furtherance of the widely – held suspicion that sections of the country are deliberately being rendered vulnerable for herdsmen and other criminals by the Federal Government.

“We ask the Governors of the South-West to ignore Malami and allow him to go to court to challenge their decision as he cannot constitute himself as a court over elected governors. We are not under military rule.

“The right to preserve your life cannot be under any exclusive list other than the list of those who have no value for human lives.

“The ultra vire action of the AGF has further exposed Nigeria as a country under command and control and governed by a conquest mentality.

“We ask Malami to tell us what makes Amotekun illegal and Hisbah legal.

“He should further explain to us what makes Civilian JTF legal in the North East where there is war and in Zamfara and Katsina and Kano where there is no war, while Amotekun is his only illegal take.

“This is a defining moment to decide if we are under segregation and different laws in the country.”

Similarly, the former minister of Aviation, Femi Fani-kayode had questioned the Federal Government of Nigeria, why the hisbah police in the west and civilian joint task Force in the north east can be seen as legal but amotekun which is to protect indigenes of the South west is ‘illegal’.