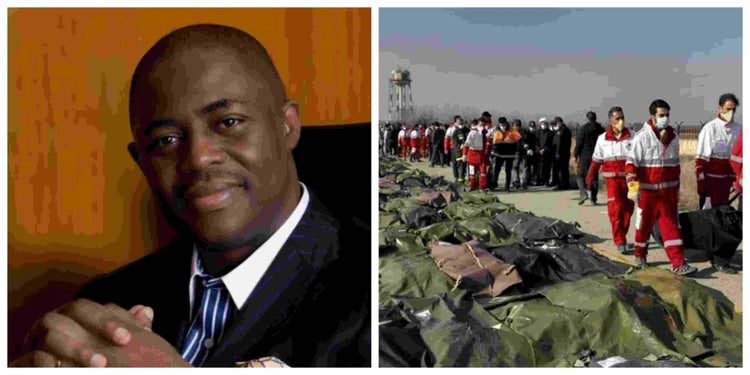 Critic, Femi Fani-Kayode has reacted to Iran’s admission that it shot down the Ukraine Airlines plane killing 176 people on board.

Iran on Saturday confirmed suspicions that its missile system shot down the Ukraine Airlines plane killing 176 people and blamed US adventurism for the disaster.

In a statement on Saturday, Iran said it unintentionally shot down the plane, calling it an “unforgivable mistake”.

The Ukraine International Airlines plane came down on Wednesday shortly after Iran launched missiles at bases hosting American forces in Iraq in response to the killing of Qasem Soleimani, one of Iran’s top generals, in a US drone strike. There were 57 Canadians on board, 10 Swedes, 3 Brits, some Ukrainians, with the bulk of passengers being Iranian citizens. Many of the passengers, about 138 were going to Kiev to connect flights to Canada.

Reacting to the development on Saturday, Fani-Kayode said “finally, the beasts have confessed.”

He added: “I ask again, where are the low-lives that insulted me when I said the Iranians shot down the plane moments after it came down? Listen to the voice of the voiceless and learn!

“To Iran I say this: 50 people died in a stampede during your hero’s burial. You shot down a passenger jet “by mistake” killing 176 innocent people & earned the hatred of the civilised world. Two earthquakes took place in your nation with significant loss of life. All this in 24 hours! Is this not God’s judgement?”