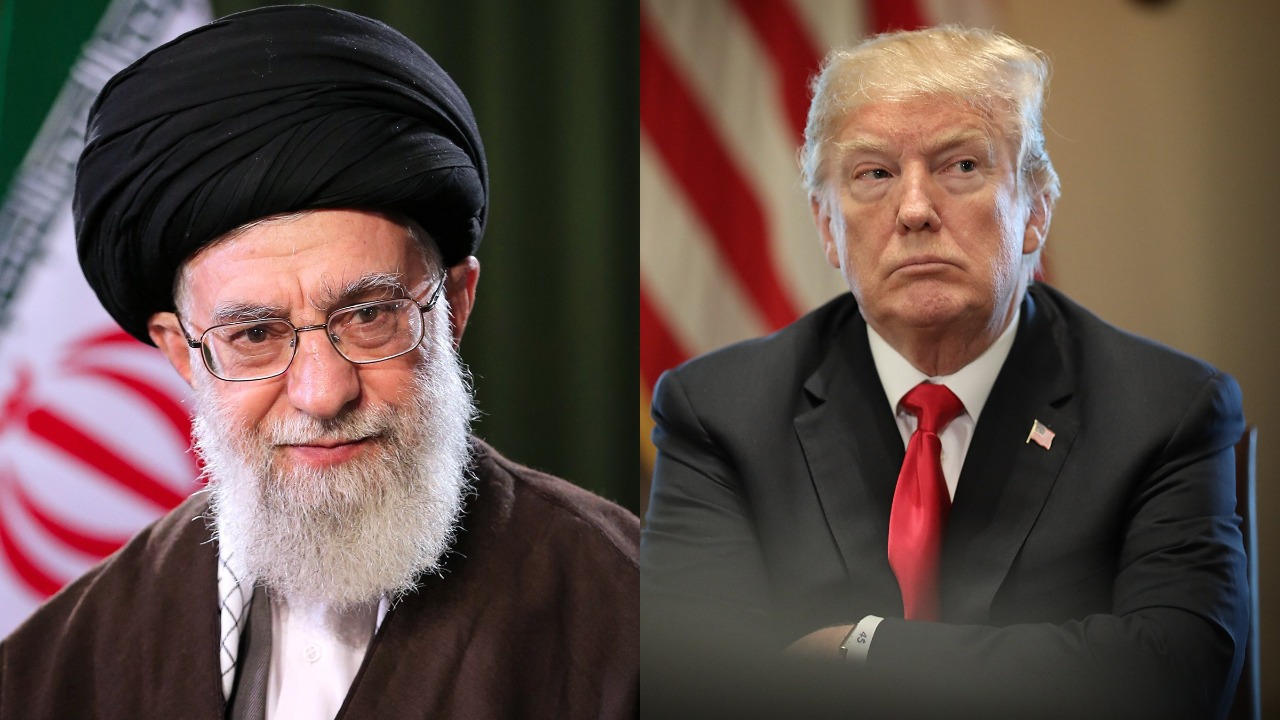 Barely 12 hours after President Donald Trump threatened to attack Iran if there are any damages to US lives and properties after protesters stormed the US embassy in Baghdad, Iraq, the Supreme leader of Iran, Ayatollah Ali Khamenei has responded to US President Donald Trump’s Tuesday threats.

Recall that Dozens of Iraqi protesters stormed the US embassy compound in Baghdad, Iraq on Tuesday and smashed the main door, setting fire to the reception area after US Military launched attacks on Iran backed Kataib Hezbollah, killing 25 suspected terrorists as retaliation for last week’s killing of an American contractor in a rocket attack on an Iraqi military base.

The efforts of the Iraqi mililtary and US Marines boosted the security around the US Embassy and reduced the protest which continued till Wednesday.

In a series of Tweets by President Donald Trump, he said that he will hold Iran responsible for any loss of American properties or lives and that the US will retaliate after ordering deployment of over 700 US Marines to Baghdad.

While reacting to Trump’s threats, Iran’s Supreme leader Ayatollah Ali Khamenei who called for a press conference on Wednesday, referred to Trump as ‘that guy’ and tweeted that the US “can’t do anything.”

“If you were logical — which you’re not — you’d see that your crimes in Iraq, Afghanistan… have made nations hate you,” Khamenei tweeted.

According to Khamenei, Iran – which has one of the best land & proxy forces in the world, doesn’t want war, but wouldn’t hesitate to fight if it has to defend it’s rights and interests.

US and Iran have been on a dangerous path since the 2015 Idea nuclear deal was botched by Trump in 2018, citing Iran’s growing influence in the Middle East and Iran’s control over anti-Israel ‘terrorist’ groups.

A spokesman for Kataib Hezbollah, the alleged Iran sponsored terror group, that US targeted in the attacks that killed 25 alleged terrorist, told CNN that the embassy protests on Tuesday and Wednesday were a “first step.”

“The American administration should understand the following: the first step was to protest near the American embassy, we are waiting their reactions to determine the second step,” Mohamad Mouhiye said, calling for the US to shut down the embassy and withdraw from Iraq.

“First, close the doors of the evil embassy, which we consider a spy building and an operations room to administer and sabotage Iraq’s well-being,” Mouhiye said.

“We also call on the US to withdraw their military forces which are in Iraq illegally.”