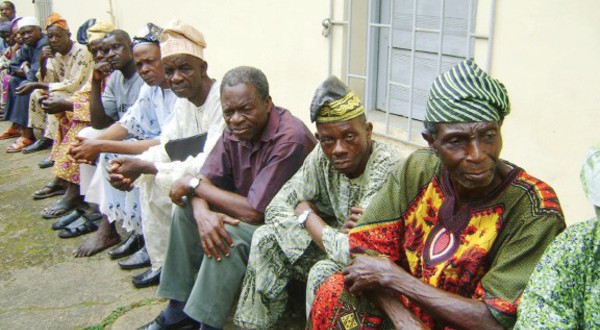 No fewer than 30 states across the six geopolitical zones in Nigeria have not fully implemented the Federal Government’s Contributory Pension Scheme (CPS) as revealed by a report released by the National Pension Commission (PENCOM).

According to the report made available to newsmen on Tuesday, only six states and the FCT have fully implemented the scheme with regular and up-to-date remittance of pension contributions, the establishment of a pension bureau and enactment of pension law.

In the report signed by the Spokesperson of National Pension Commission (PENCOM), Peter Aghahowa, it was disclosed that six states as at September 2019 are Kaduna, Anambra, Ekiti, Ondo, Edo and Delta. In the North-Cenral Zone, only FCT has established a pension bureau and is up-to-date with remittances of pension contributions, while Benue, Kogi and Nasarawa have enacted CPS laws but have no pension bureaus in place.

Although Niger has established a pension bureau, it suspended implementation of the CPS in April 2015 and has since stopped remitting pension contributions. Kwara and Plateau are yet to enact CPS law.

Five states in the North-East zone, comprising Borno, Adamawa, Bauchi, Gombe and Taraba, are yet to commence remitting pension contributions while Yobe is still operating Defined Benefits Scheme. Also in North-East Zone, only Adamawa, Gombe and Taraba have enacted CPS laws but none has yet established a pension bureau.

In the North-West Zone, only Kaduna had fully implemented CPS with regular and up-to-date remittance of pension contributions, establishment of pension bureau, registration of employees with PFAs and consistent funding of accrued rights with 5 per cent of total monthly bill.

Of all the North-West states, only Katsina neither enacted CPS law nor established pension bureau, while Jigawa and Kebbi which had pension bureaus, were only remitting portions of the pension contributions. Kano, without a pension board, was deducting pension contributions under the management of the board of trustees and yet to transfer the pension asset to a licensed pension operator.

In the South-East Zone, PENCOM reports that except for Anambra which is fully complying with the implementation of the CPS scheme, others such as Abia, Ebonyi, Enugu and Imo had not keyed into the scheme.