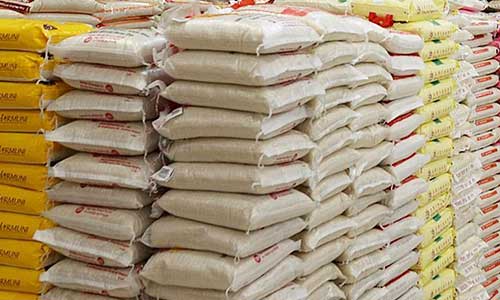 The closure of Seme, a border town between Nigeria and Republic of Benin will rescue the Federal Government of $400million which would have been lost to rice smuggling into the country, RICE processors disclosed.

To support the efforts and actions of the government, RICE processors stated that they have pegged the price of rice at N15, 000 per bag of 50kilograms (Kg).

During a press conference in Abuja, the chairman of Rice Processors Association of Nigeria (RIPAN), Mohammed Maifata said to journalists that any rice processor (miller) that transacts above the stipulated price would be sanctioned by the association.

The RIPAN chief said the ex-factory price of per-boiled rice, consumed locally, has been pegged at between N13,300 and N14,000 while the final retail price has been placed at N15,000.

The group, he noted, has written to the Federal Government to express its commitment to keeping the price of rice down to the barest minimum. He said the group has vowed to support the government with intelligence by putting the reports of its surveillance team at the disposal of the government.

Alhaji Maifata and his vice chairman, Mr Paul Eluhaiwe said they have carried out intensive border and port survey.

The RIPAN chifes said about half a million metric tonnes of the commodity have already been booked in Thailand for onward journey to Nigeria preparatory to the Christmas season.

This, according to the chairman, would no doubt have a crippling effect on rice processors in the country as their activities would be hampered if this impending illegal importation is not checked with the attendant colossal loss of over $400 million.

According to him, the closure of Benin Republic border would go a long way to curb the menace of rice smuggling so that local producers would have a breather, saying the group supports the current border closure by government.

The group assured Nigerians that it has tasked its members to close the gap in rice supply in the market as a result of the border closure, saying the nation’s demand for rice which is 4 million metric tons per annum can be surpassed with the over 5 million metric tons jointly supplied by members of the association and outgrowers.