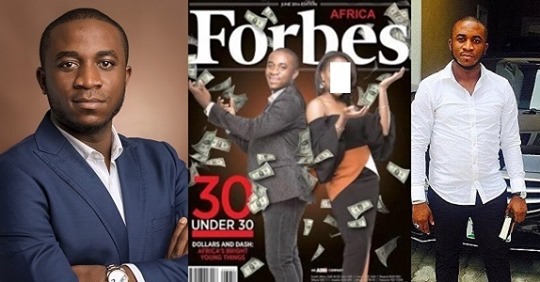 According to information obtained from the US federal court in Virginia, Okeke was scheduled to return to Nigeria four days after a complaint was filed against him at the court, and was arrested at the airport, just before he got on the flight to Nigeria.

An order of detention pending trial was filed on August 2, 2019, on the grounds that “by a preponderance of evidence that no condition or combination of conditions of release will reasonably assure the defendant’s (Okeke) appearance as required,” documents seen by TheCable show.

A source familiar about the matter said that “the attached court documents from the US federal court in Norfolk, Virginia confirm that Okeke was indeed arrested by the FBI, on August 6 at the Dulles International Airport”.

The affidavit sworn by Marshall Ward, a special agent with FBI, had said as of August 2, 2019, “the date of this application, OKEKE is currently in the United States, and is scheduled to depart the country on August 6, 2019”.

“Therefore, a warrant for his arrest is immediately required to apprehend him and prevent his retum to Nigeria, where he would be beyond the reach of U.S. law enforcement.”

Okeke, who requested to for substitution of legal counsel is now being represented by John O. Iweanoge, II and THE IWEANOGES FIRM, could get between five and twenty years jail term for conspiracy to commit computer and wire fraud.