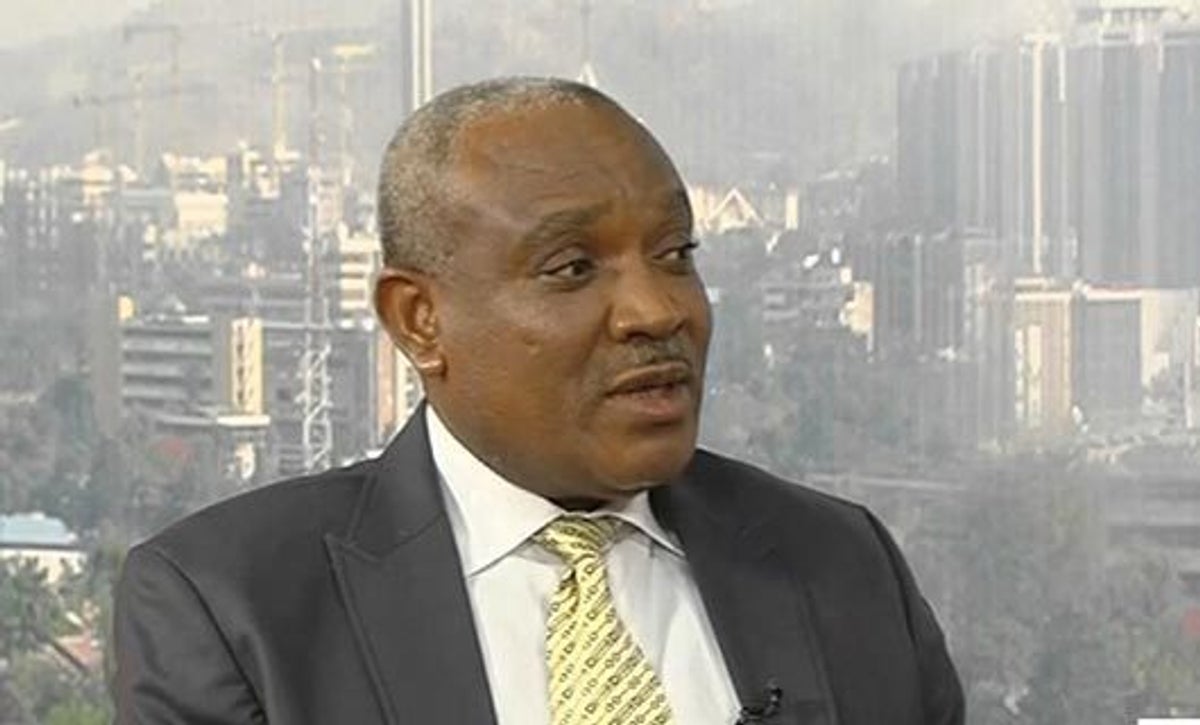 A Presidential has disclosed how the activities and conduct of the Chairman of the Special Investigation Panel for the Recovery of Public Property, Chief Okoi Obono-Obla, got him into trouble with the Presidency.

Obono-Obla’s had claimed on Monday that his panel’s officials were being arm-twisted by some powerful Nigerians, stressing that his panel would remain committed to the fight against corruption.

A top government official disclosed to The Nation that Obono-Obla has been under critical review for sometimes in the Presidency noting that his outright dismissal and prosecution is imminent.

The source, on a condition of anonymity, said that the Office of the Attorney-General of the Federation and Justice Minister had earlier recommended to the Presidency, among others “that a thorough investigation be conducted into the allegations of forgery levelled against Obono-Obla,” while also proposing suspending him from office.”

He said that the Presidency has also received more recently an indicting report on the Panel Chairman bordering on acts of forgery and misconduct.

He said that the Office of the Attorney-General has accused Obono-Obla on various issues “ranging from abuse of office, intimidation and unauthorized malicious investigations, financial impropriety, administrative misconduct, and allegations of forgery/falsification of records.”

According to the source, the matter of the mandate of the Panel became an issue of judicial interpretation at the Appeal Court in the case of TIJJANI MUSA TUMSAH V. FEDERAL REPUBLIC OF NIGERIA, last year.

He said: “In that case, the Appeal Court held that the Panel headed by Obla lacks prosecutorial powers and cannot seize properties belonging to anyone or obtain forfeiture orders against any public official.
“The Court also held that the duty of the Panel upon conclusion of an investigation is to submit its report to the head of government and that the Panel, as against the conduct of the Chairman, cannot act outside its enabling Statute, the Recovery of Public Property Special Provisions Act of 1984.”

When confronted with some of his alleged misconduct and other allegations, the said that Obono-Obla had pleaded profusely and was made to sign a written undertaking to mend his ways.

But he said that the Presidency was shocked that no sooner he signed the undertaking, he abandoned it and continued singularly violating the law and regulations in place in the conduct of the work of the Panel.

The source, added “Following a series of violations for which he was queried, Obla submitted a written undertaking to the effect that the panel under his leadership would only act on a written mandate received from the Presidency, and will seek authorization from the Presidency to undertake fresh mandates in accordance with extant laws of the Federation.”

The main grouse against the Panel Chairman was that while the Panel was supposed to investigate only cases referred to it by the government, according to the law establishing the panel, the source said that the Chairman has single-handedly taking on cases outside of its mandate and in gross violation of Rule of Law, including violations of people’s fundamental human rights.

The source said: “Inspite of the specificity of the mandate of the Panel, the FG has been inundated with complaints against Mr. Obla.

“These include complaints of violation of the specific mandate of the Panel, human rights abuses and conduct unbecoming of an official of Government, which conduct and actions had a number of times subjected the Panel and the Government to ridicule.”

The Presidential source noted that the matters however came to a head when the other four members of the 5-man Panel wrote a petition against Obla, asking for urgent action to curtail the “several identified unlawful conducts of the Chairman of the Panel.

According to the Panel members, while two cases involving NEXIM Bank and CBN, Finance Ministry, Nigeran Ports Authority were referred to the Panel, the Chairman single-handedly took on over 50 cases outside the mandate of the panel.

They also stated that “contrary to the fact that the Panel is an investigative panel by its enabling law, which lacks prosecutorial powers, Mr. Obla has unlawfully engaged lawyers to file charges against suspects without recourse to the Attorney-General’s office.”

“The man has been busy extorting money running into millions from suspects and engaged in excessive behaviour towards individuals, government agencies, private companies and even foreign missions in Nigeria,” the source said.

After an illegal secondment of over 100 policemen to himself the source said Chief Obla attempted to arrest the Executive Secretary of TETFUND “with a truck of mobile policemen which led to the petition written to the Attorney-General’s office over the incessant illegal harassment.”

Among several petitions against Obla, which has caused considerable concern in government is the one by the Human Rights Writers Association bordering on allegations of forgery of WAEC result used for admission into the Law Faculty of the University of Jos.

The Office of the Attorney-General, in its recommendation to the Presidency, also mentioned Obla’s “unauthorised investigations of several judges initiated by Mr. Obla through the issuance of notices to them to declare their assets, an obligation which these Honorable Jugdes had hitherto complied with through the authorized agency-the Code of Conduct Bureau.”

It was also stated that Obla had used the Panel to arrogate the powers and functions of the EFCC and the ICPC.

“In the circumstances, the Government is left with no choice than to review his appointment and possibly prosecute him for allegations of forgery and possibly also for criminal extortion,“ the source noted.