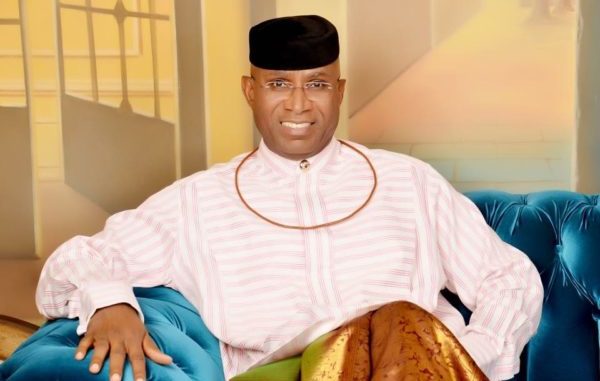 Deputy Senate President Ovie Omo-Agege has assured that the Ninth National Assembly will provide an enabling environment for the implementation of All Progressives Congress (APC) administration’s Next Level agenda for the benefit of all Nigerians.

The senator spoke in Daura, Katsina State, where he joined APC governors and other government officials to pay homage to President Muhammadu Buhari for the Eid-el-Kabir holiday.

Urging Nigerians to continue to work for the peace, unity and progress of the country, Omo-Agege said he was in Daura to represent the Senate, as its President, Dr Ahmad Lawan, was away in Saudi Arabia for the Hajj.

In a statement by his Media Adviser Yomi Odunuga, the Deputy Senate President said: “You know it has not been very easy for us as a country in terms of the challenges we face. But this, notwithstanding, Mr. President has managed to steer the ship of state very successfully. So, we decided on visiting him at home to felicitate with him and congratulate him.

“It is also to reassure him that going forward, the National Assembly is ready to provide the enabling environment for the contents of the Next Level agenda to be implemented.”

Omo-Agege expressed confidence in the capacity of the ministers-designate to deliver the Next Level agenda to Nigerians.

The Deputy Senate President noted that President Buhari’s compliance with relevant rules in choosing the nominees made them to scale the screening.

“No doubt, they (ministers-designate) were carefully selected before their nominations by Mr President. We had faith and confidence in Mr President’s judgment in the selection process.

“So, to a lot of us, it was a check list: the moment we found out that you are a Nigerian citizen, you are a member of the APC – because you must belong to a party before you can be a member of the House of Representatives – you meet the educational qualification, which is education up to School Certificate level, and you shouldn’t have been convicted of a crime within the last 10 years.

“We went through that; we relied on the confidence and capacity of Mr President to do the right thing, which he has done.”