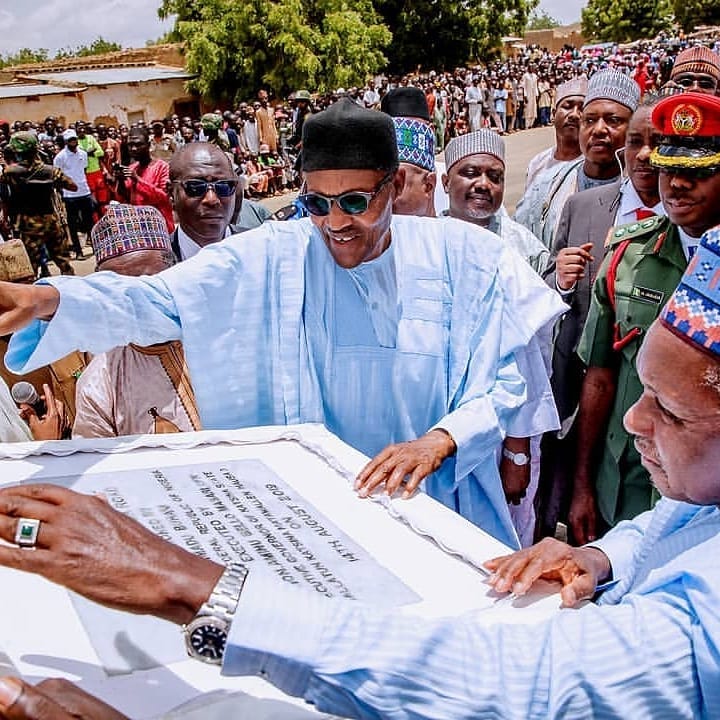 Following issues of insecurity, President Muhammadu Buhari on Wednesday, August 14, visited Batsari local government area to sympathise with Internally Displaced Persons (IDPs) in the area. Channels TV reports that Batsari is one of the eight local government areas disturbed with the activities of banditry and kidnapping in Katsina state. In his address, Governor Aminu Masari who received President Buhari said the recent deployment of additional security personnel and equipment helped in reducing the rate of insecurity.

However, he admitted that there are still incidents of attacks, kidnap and cattle rustling in the area. Meanwhile, report had reported that the Katsina state government banned the sales and use of “Boxer and Kasea’’ brands of motorcycle in the state as part of measures to check activities of bandits and criminal elements.

Ali Tanimu, the state sector commander of the Federal Road Safety Corps disclosed this on Wednesday, August 7, when he visited the correspondent chapel of the Nigeria Union of Journalists in Katsina.
Tanimu said the ban had become imperative to curtail criminal elements, using motorcycles to commit crime, particularly in the rural areas of the state.