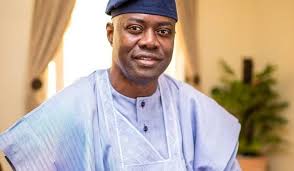 OYO State governor Seyi Makinde will today swear in 14 commissioners to serve in his administration.

The commissioner-designate, who had earlier been screened and confirmed by the members of the state House of Assembly during a session that lasted about eight hours last week, will take their oath of office and allegiance at the Executive Chamber of the Governor’s office, Agodi, Ibadan by 10a.m.

After the screening of the nominees by the House of Assembly, the Speaker, Mr. Adebo Ogundoyin, had expressed satisfaction about the calibre, intelligence and educational pedigree of the commissioners-designate.

He expressed optimism that the new team would give fresh impetus into the Makinde-led administration.

But, a source close to the government confirmed that the names of three additional commissioner-nominees have been sent to the House of Assembly for screening and confirmation.