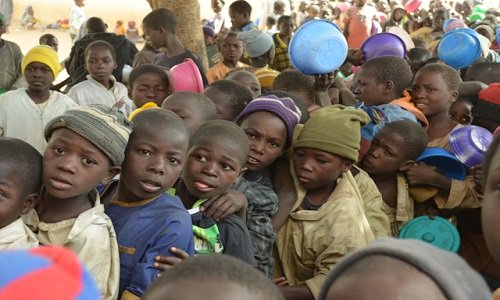 No take no fewer than 10 million out-of-school children – mostly Almajiris – off the streets to acquire education and skills, the Federal Government is set to restart the Almajiri education.

The pilot test will take off in nine states, eight of them in the North and only Oyo State in the South.

The other states are Kano, Katsina, Sokoto, Niger, Adamawa, Bauchi, Yobe and Jigawa.

It was learnt that the government opted for a new model because state governments declined to buy into the Almajiri education programme initiated by the late President Umar Yar’Adua and sustained by the Goodluck Jonathan presidency.

During President Jonathan’s tenure, the Almajiri committee headed by ex-Vice President Namadi Sambo provided infrastructure nationwide, many states failed to participate, claiming they could not afford the boarding school format.

Some Almajiri schools in some states have been turned into Command Secondary Schools.

Many states failed to access the fund made available while some which accessed the funds for the scheme were found to have diverted it.

Based on the general poor attitude towards the scheme, the Federal Government decided to change tactics by opting for the Integrated Education approach, beginning with a pilot test in nine states.

The pilot test, which is expected to last two years, enjoys the support of some international organisations.

A document obtained by The Nation gave insights into teething problems associated with the Almajiri programme since 2014.

Read Also: Blame state govts for menace of Almajiri education system — Buhari
The document reads: “The new scheme came out of consultations with relevant stakeholders, including State Universal Basic Education Boards (SUBEBs). The earlier school project was abandoned by state governors, except Jigawa, Sokoto and Kaduna. In Zamfara and Katsina, the Almajiri schools were allocated to the military to build command schools.

“The administration of ex-Governor Murtala Nyako did not even inaugurate one Almajiri school during his tenure in Adamawa.

“When some states accessed their funds, they diverted same. For instance, Zamfara SUBEB chairman has been jailed. The last administration in Kwara State was accused of diverting matching grants.

“During the first tenure of President Muhammadu Buhari, most governors abandoned the Almajiri programme for “other priority projects”.

“The programme cannot succeed without the support of governors. They are to deploy Western Education teachers, possibly feed the children and the Universal Basic Education Commission will train the teachers, provide instructional materials and other necessary things. UBEC built structures which have been largely abandoned.”

A source, who spoke in confidence, said: “Under the new approach, proper consultations are made with the states, local governments, communities and other stakeholders including school proprietors.

“We seriously need the input of the governors because it is their responsibility to care for the basic education of every child for nine years (six years in primary school and three years in Junior Secondary School). UBEC is just assisting the states to address basic education challenges, including allocation of matching grants.

“Some states are not even accessing their matching grants simply because they have to make their counterpart funds available before collecting their grants.

“In 2018, 24 states did not access N47billion matching grant accruable to them between 2015 and 2017. As at June 2019, the un-accessed grant in UBEC had risen to N84billion because states are avoiding payment of counterpart funds.

“Almajiri Education and qualitative Basic Education will be achieved if the governors want it to work.”

The Executive Secretary of Universal Basic Education Commission(UBEC), Dr. Hamid Bobboyi, said: “We are not abandoning Almajiri project. We are starting a pilot project in nine states, which will be for a period of two years. The new pilot scheme is still largely Almajiri, but with Integrated Education which will take about 10million children away from the streets. It is about different sides of the same coin. It is to widen our choices.

“It is a change of direction but working closely with stakeholders, especially school proprietors and those at the grassroots.

“It is more of a modified approach rather than the idea of building schools and asking government to support. To ensure it works, we have now involved communities and other stakeholders for sustainability. We are actually going to the grassroots.

“Between 2013 and 2014, schools were built but states cannot put these Almajiri in boarding. Initially, there was trust in building Almajiri model schools but later we had school standing without pupils. Having had the experience in the past few years, we believe we must change tactics.

“We are involving all stakeholders including State Universal Basic Education Boards (SUBEBs).”