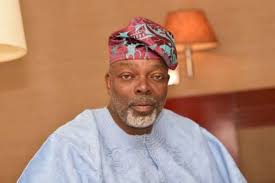 An Oyo State High Court on Monday discharged and acquitted Bisi Ilaka, Chief of Staff to Governor Seyi Makinde, of a murder charge against him.

It was gathered that the murder case was instituted against Ilaka by the state government in 2018.

Recall that an Iyaganku Chief Magistrate Court sitting in Ibadan, the state capital had in September 2018, ordered the remand of Ilaka, who was the Peoples Democratic Party (PDP) Senatorial aspirant for Oyo Central, and his bodyguard, Temitayo Alamiyo, in Agodi prison for allegedly causing the death of three persons.

It was gathered that the bodyguard had during Oranyan festival on 8th September, 2018 in Oyo town, where Ilaka is a title holder, allegedly opened fire, which lead to the death of three people.

Ilaka, 57 and Alamiyo, 45 were in court on five counts of conspiracy, murder and unlawful possession of pump action rifle.

Police Prosecutor, Mr Matthew Ojeah had told the court that the duo allegedly conspired to commit felony and murder.

But, the court on Monday freed the Ladilu of Oyo kingdom, Mr. Ilaka of all the 8-count charges against him.

Delivering judgment in the suit brought before him at the Oyo Division of the High Court, Justice K.B Olawoyin agreed with the no-case submission of Ilaka’s counsel, Abiodun Abdu-Raheem, and freed Ilaka of all the eight-count charge brought against.

Olawoyin also ordered the police to return to Ilaka, his licensed pump action firearm and other materials taken from him before the commencement of the trial.

Abdu-Raheem had, in his no-case submission in the suit number HOY/12C/22018, argued that the quality of evidence tendered and the testimonies of the five prosecution witnesses called during the trial did not establish a prima facie case against Ilaka.

The counsel had asked the court to consequently determine whether the evidences led by the prosecution linked his client to “all the ingredients of the offences alleged and whether the quality of evidence adduced is such that a court can safely convict on.”

Abdu-Raheem while speaking after court judgement, said, “The Judge did a wonderful job, having combed all the pieces of evidence before the court vis a vis the requirements with regards to the charge against my client. Our law is further enriched by his immense decision.

“I am happy and I thank God that the journey has ended well. I equally thank my client for his cooperation. While we were crossing the thick forest of litigation, we subjected our ideas to constant review, which he contributed immensely to. Today, I am now a better advocate”.