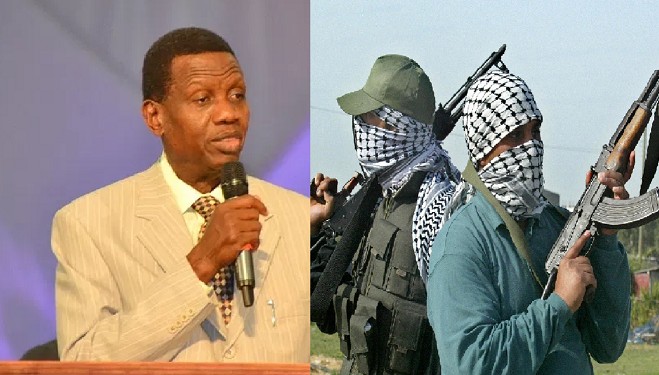 Barely two hours after the death of a catholic priest of Enugu Diocese, Rev. Fr. Offu, Five ministers of the Redeemed Christian Church of God (RCCG) have been abducted by unknown gunmen at Ijebu-Ode.

General Overseer of the RCCG, Pastor Enoch Adeboye announced the abduction on Friday at the Redeemers’ Camp along the Lagos-Ibadan Expressway.

They were kidnapped on their way to attend the church’s Ministers’ Conference in Lagos.

Adeboye said the abduction took place on Thursday along the Ijebu-Ode axis.

He charged the congregation to pray for the release of the abductees.

Adeboye noted that it was the first time such incident of that magnitude was happening.

“As a father, how do you think I should feel to hear that five of my children have been kidnapped while on their way to attend the Ministers Conference?” he asked.