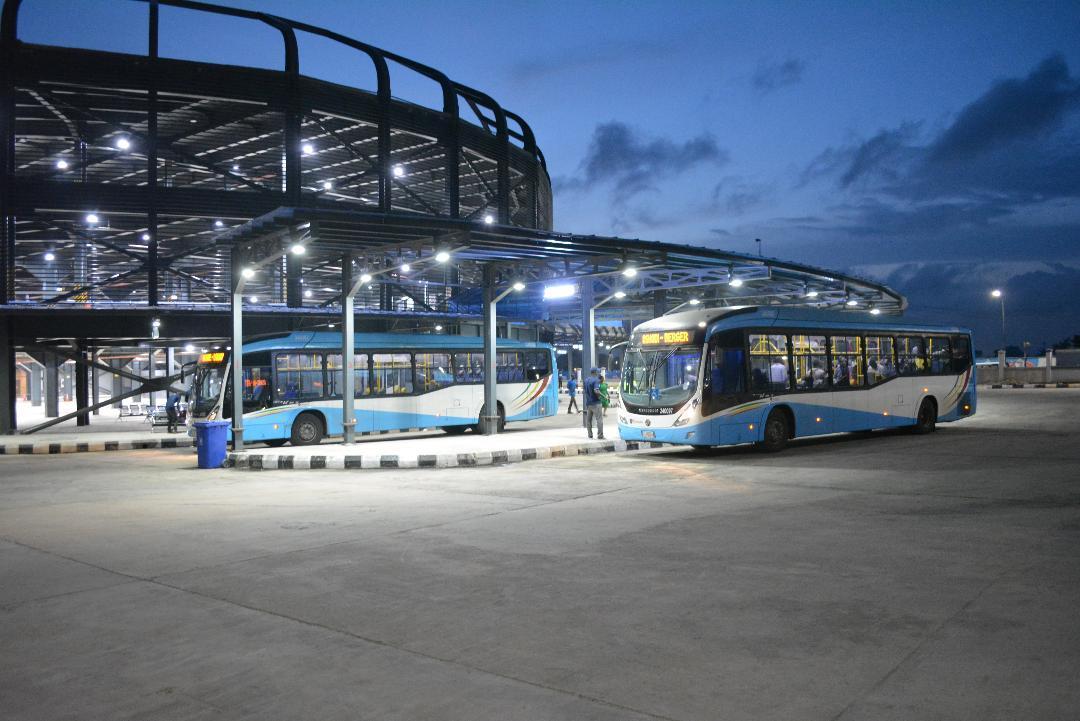 The Oshodi Transport Interchange, with three terminals, is now open to Lagos residents who want to commute from Oshodi to TBS, Obalende and Berger.

Oshodi used to be a transport hub of bedlam. But now some serenity has been restored to the area, thanks to the engineering idea of a Nigerian company, Planet Projects and the Lagos State Government that built the interchange, which was commissioned by President Buhari some months ago.

We share some of the amazing photo shots at the Interchange, that look like as if they were taken in Dubai or London Heathrow. This is however, Oshodi, the same old Oshodi transformed!