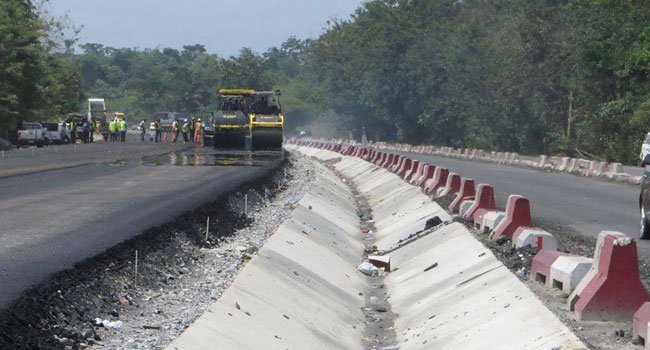 The Federal Government said on Monday that motorists using the Berger end of the Lagos-Ibadan Expressway would get some relief during Sallah break and the forthcoming convention of the Redeemed Christian Church of God as the contractor, Julius Berger Nigeria, would relax the blockade.

This followed critical reactions from road users to the planned partial closure of the road during the period for intensive work, which will last for four months, beginning from August 3.

The Federal Controller of Works in Lagos State, Mr Adedamola Kuti, on Monday, said in consideration of the anticipated increase in traffic during the period, construction work on the affected sections of the road would be minimal.

“The partial closure will be there but there won’t be heavy construction during the period; only menial job that will not involve any serious restrictions will be done,” he said.

Kuti said work on the 1.4 kilometres portion of the road, stretching from the end of Berger Bus Stop to the Kara Cattle Market, would include construction of a drainage channel and expansion from two to three lanes on both sides.

A source at Julius Berger Nigeria, the construction company in charge of section one of the road stretching from old Toll Gate to Sagamu Interchange, however, said no work would be done under the bridge except to make it passable as an alternative route during the period of construction.

The source said, “We are hoping to start from Berger to the beginning of Kara Bridge with effect from Saturday, August 3. We are already working on the barriers for the diversion. All vehicle movement will be on one side, which we will divide into two.

“We have put out a notice board to enable people to prepare for any inconveniences. The Kara Bridge is still okay. This is why we will be stopping at the beginning of bridge.”

A member of the National Union of Road Transport Workers, who gave his name as Bolaji, said, “This road will be congested, and Ikorodu, which is supposed to be one of the alternative routes, is very bad. I feel that even if they are going to expand the road, they should do that after the Muslim holiday, because there would be no route for commercial vehicle operators to pass. For instance, where will someone travelling home for the holiday to Sagamu or Ibadan pass?”

He said Julius Berger should consider working both day and night to reduce the time it would take to complete that section of the road as well as reduce motorists’ hardship.