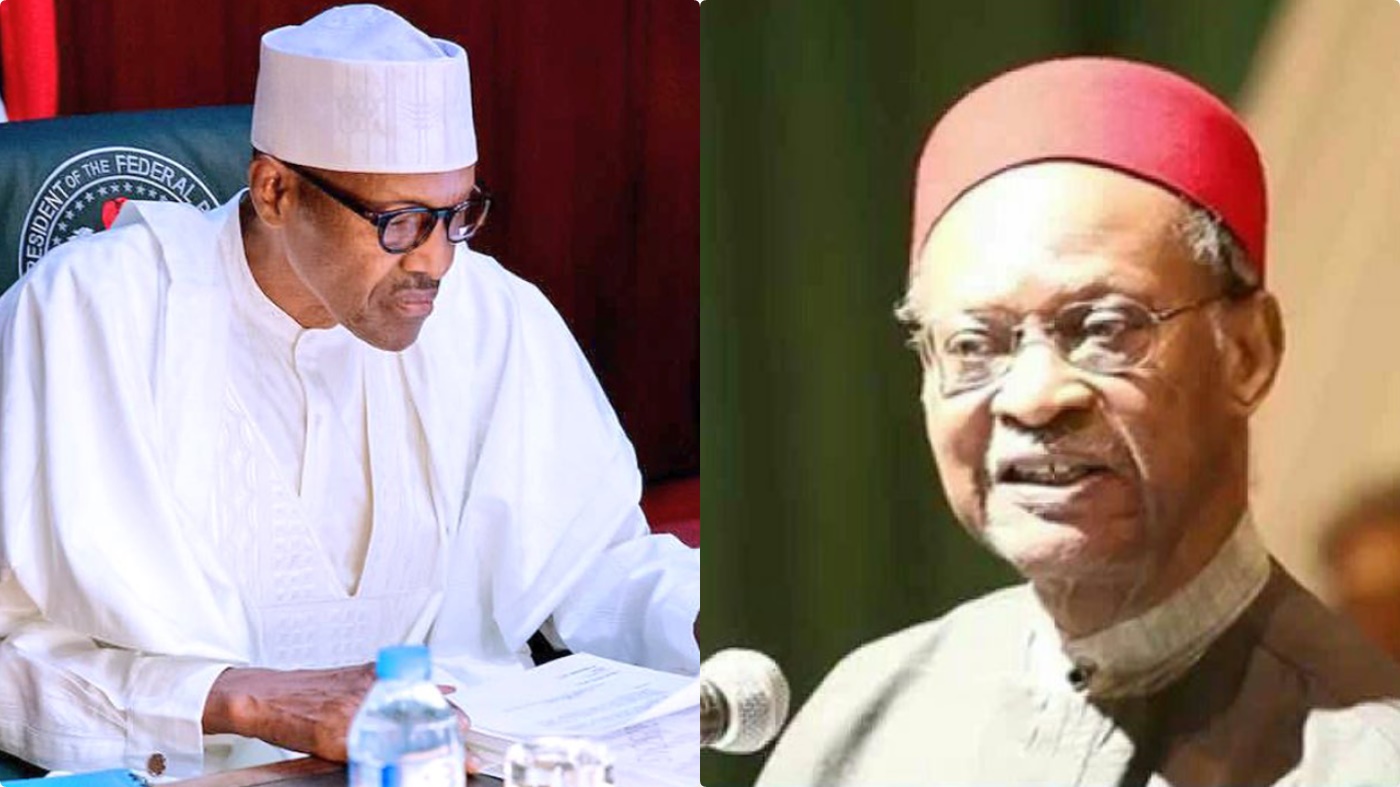 Former Secretary-General of the Commonwealth, Chief Emeka Anyaoku, has urged President Muhammadu Buhari and the National Assembly to take urgent steps to arrest the present security situation in Nigeria.

According to him, such steps would prevent the country from drifting into anarchy.

Anyaoku, spoke yesterday at the launch of a book, titled Dadi, the Man, the Legend, written by Dillibe Onyeama, in honour of a former judicial icon, Justice Dadi Onyeama, in Abuja.

He pointed out that the emerging scenarios in the land were ominous signs that needed to be checked without further delay.

Anyaoku said: “Let me now come to my message to President Buhari and all members of our National Assembly. The message is two-faced: Nigeria is on the brink; and our foremost national challenge is the management of our country’s diversity.

“Every diverse federal country throughout the world achieves political stability and socio-economic development through successfully managing its national diversity. There are two common keys to this. The first is having an inclusive central government which gives the peoples of the component parts of the federation a sense of belonging that in turn underpins the sense of unity and patriotism in all the citizens.

“The second is having adequate delegation of powers to the federating units to enable them handle their internal security and significant aspects of their socio-economic development.

“However, today, Nigeria is on the brink. For no objective observer, including those in the government, can deny that the current state of affairs in our country is extremely worrisome.

READ  What’s on the agenda for Belgium’s Security Council today?

“We see an unprecedented diminution of national unity; we see an unprecedented level of insecurity of life and property with kidnappings and killings of human beings occurring virtually everyday in many parts of the country, including the seemingly unchecked violence by Fulani herdsmen which has spawned fractious controversies over the proposed Ruga policy by the federal government.

“For the sake of peace and integrity of the country, the Ruga policy must be handled with circumspection and strictly in accordance with our extant constitution’s provisions on land tenure. And, we see that all these unwholesome developments are accompanied by a worsening level of poverty that is leading to Nigeria fast becoming the poverty capital of the world.

“I call on our President, members of the National Assembly, governors, and, indeed, on all our political elite not to continue to live in denial of the seriousness of these glaring facts, if not effectively addressed, are bound to push the country over the brink of a national disaster.’’

The former Commonwealth scribe noted that Nigeria was already blessed with what was needed to tackle the security challenges before they get out of hand.

He stated further: “Fortunately, to provide insightful governance which would facilitate effective tackling of these challenges, Nigeria does not need to reinvent the wheel, if only the people in government and all concerned would learn from our history, thereby avoid validating the saying by the German philosopher, Friedrich Hegel, that ‘the only thing we learn from history is that we learn nothing from history’.

“Because it is undeniable that Nigeria’s history has demonstrated that the economy attained greater sense of national unity and faster progress in socio-economic development during its period as a true federation of more viable federating units with greater devolution of powers to them as it was in the immediate years after the country’s independence under its 1960/63 constitutions.

“As I have stated on many occasions, I believe that the current travails of Nigeria will be more effectively tackled if the country’s diversity is managed with a structure of governance that draws not only from the present lessons of successful diverse federations, but more importantly, from Nigeria’s own past happier experience during its immediate post-independent years.’’