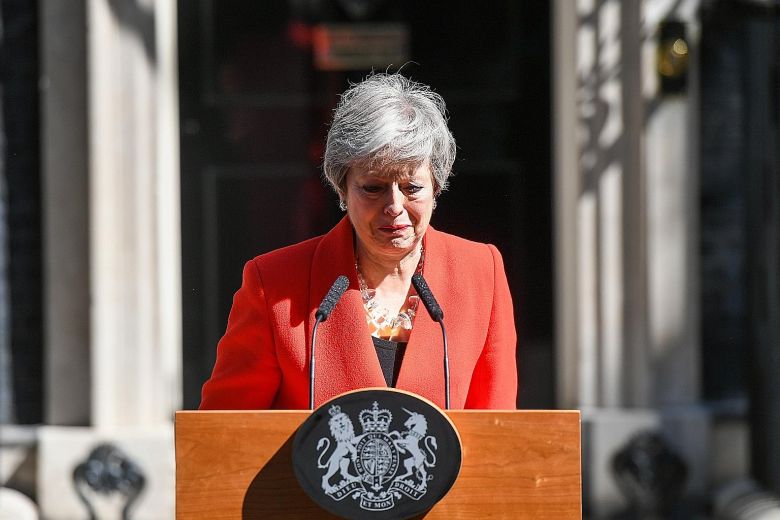 Outgoing British Prime Minister, Theresa May, said she regrets allowing too much polarisation over Brexit and avoiding televised debates before a disastrous snap election in 2017, in an interview published on Friday.

May resigned as leader of the ruling Conservatives in June after she conceded defeat in her two-year battle to persuade parliament to approve the deal she had agreed to with Brussels for Britain to leave the EU.

“I did everything I could to get it over the line.

“I was willing to sit down with (opposition Labour leader) Jeremy Corbyn, willing to sacrifice my premiership, give up my job!” May told the popular right-wing tabloid The Daily Mail.

“I had assumed mistakenly that the tough bit of the negotiation was with the EU, that parliament would accept the vote of the British people (in the 2016 Brexit referendum) and just want to get it done.

She said that people who’d spent their lives campaigning for Brexit would vote to get us out,” she said. “But they didn’t.”

May agreed that she should have done more to halt “the polarisation between the language of soft and hard Brexit” that divided the Conservative and Labour parties, as well as British voters.

She is expected to hand over the reins on July 24 to the victor in a run-off to succeed her as leader of the Conservatives and the country, after a vote by the party’s 160,000 members between strong favourite Boris Johnson and Foreign Secretary Jeremy Hunt.

Johnson is backed by many of the “hard” Brexiteer Conservative lawmakers who strongly opposed May’s deal and played an important role in pushing May to resign.

May said she also regrets her refusal to take part in televised debates before a disastrous snap election in June 2017.

“I should have done the TV debates. I didn’t because I had seen them suck the life blood out of David Cameron’s campaign,’’she said, referring to her Conservative predecessor as prime minister, who resigned after losing the Brexit referendum.

May called the 2017 snap election to ask voters to back her leadership and her Brexit plan, but she lost her majority in parliament, forcing her to rely on Northern Ireland’s Democratic Unionist Party to keep her in power.

She previously expressed regret that her focus on Brexit prevented her from promoting plans to improve social cohesion in Britain.

On Friday, she announced a new Office for Tackling Injustices to monitor progress by all government agencies in tackling social injustices.

“Deep-seated societal injustice requires a long-term focus and cannot be eliminated overnight,” May said in a statement.

She said she is “proud” of her efforts as prime minister to “make the UK a more just society.”
The new office “will go further, using the power of data… to shine a spotlight on key injustices and provide the catalyst for better policy solutions,” May added.