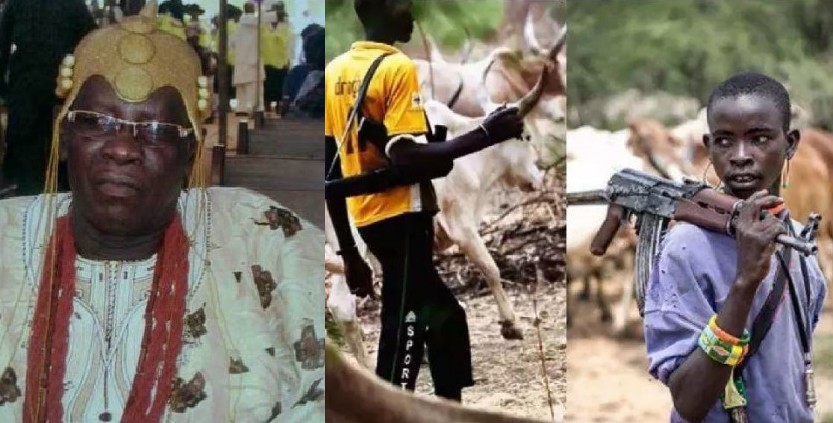 A monarch in Akoko Northwest Local Government Area of Ondo State, the Onigedegede of Gedegede, Oba Sanni Walidu, said yesterday that he was still in trauma after he was attacked by suspected herdsmen in his palace.

The royal father cried out over his “poor health” condition after the assault on him.

According to him, he had visited medical institutions, spiritual homes and native doctors without positive result because of the shock.

The monarch said the way the attack was carried out had made many of his subjects, who are predominant farmers, to fear to go to their farms, which the herdsmen are using their cattle to destroy on daily basis.

A farmer from the town, Taiwo Akande, noted that if their monarch was attacked by herdsmen and nothing happened, what will then be their own fate.

He urged the government to be proactive on herdsmen/host community’s relationship to bring lasting remedy to the affected communities.

Farmers in Gedegede recently reported the destruction of their farm crops to the monarch, who in turn invited the herdsmen.

However, rather than allowing resolution of the matter, the herdsmen allegedly pounced on the monarch, which consequently led to the intervention of the Ondo State government.