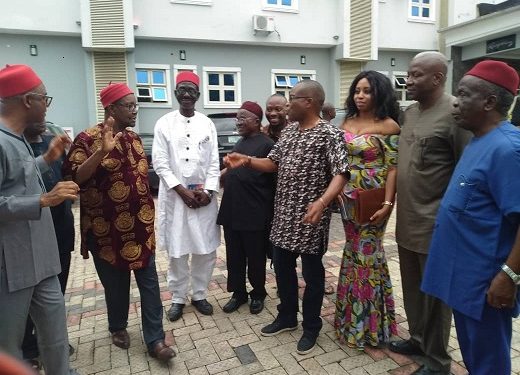 Southeast stakeholders have declared the needs to beef up community vigilance groups in the zone to help in warding off security challenges facing the country.

They spoke on Tuesday at Umuchu, Aguata local government area of Anambra State during a meeting.

It was organised by the Igbo socio- cultural group known as Alaigbo Development Foundation ADF, at its 5th anniversary and congress.

The meeting, which attracted prominent academics from Igboland, said there was also need for Ndigbo to bring home their wealth for the development of the zone

The President General of ADF, Prof Uzodinma Nwala, said the group,formed five years ago, was out to build and develop the Igbo nation as as well champion the course to advance the spirit of her culture and traditions, through what they called “Aku luo uno crusade”

This, according to him, they hope to achieve by visiting and holding seminars in every part of the world where Ndigbo were residing.

He said insecurity had become worrisome in the Southeast, nay Nigeria, as kidnappings, armed robbery and other crimes had become the order of the day.

Their choice of Umuchu as the venue for the event, Prof Nwala said, was to stand on the point of view of the fact that an indigene of the community, Mr Godwin Ezeemo was an individual who had fulfilled their aim by investing hugely in the community.

He also called for a minute silence in honour of the late BOT chairman of the group, and former president General of Ohaneze Ndigbo worldwide, late Dr Dozie Ikedife.

Nwala, said the group came into existence after the international colloquium on the Igbo question in Nigeria before, during and after the Biafra in Enugu in 2014, where so many questions arose on the way forward for emancipation of the Igbo nation.

He called on Ndigbo to look inwards and remember where they were coming from, where they were presently and where they will be in future, and to make haste to save their generations to come by investing their wisdom, strength and wealth in the South East.

The Board of Trustees chairman of the group, Bishop Obi Udeze-Onubogu, while said Ndigbo were a chosen generation whose destiny were in the hands of God.

However, he advised they should take a bold step of making their light to shine forth by loving and encouraging one another, through investments, job creation, being security conscious and promoting peaceful co-existence.

The keynote speaker and Professor Emeritus, Chief John Umeh, who spoke on “Ndi igbo, their tradition and the way forward”, while tracing the spiritual belief of Igbo ancestors, charged them to reconnect to their ancestors whom he said could lead them astray, but could only protect and promote them.