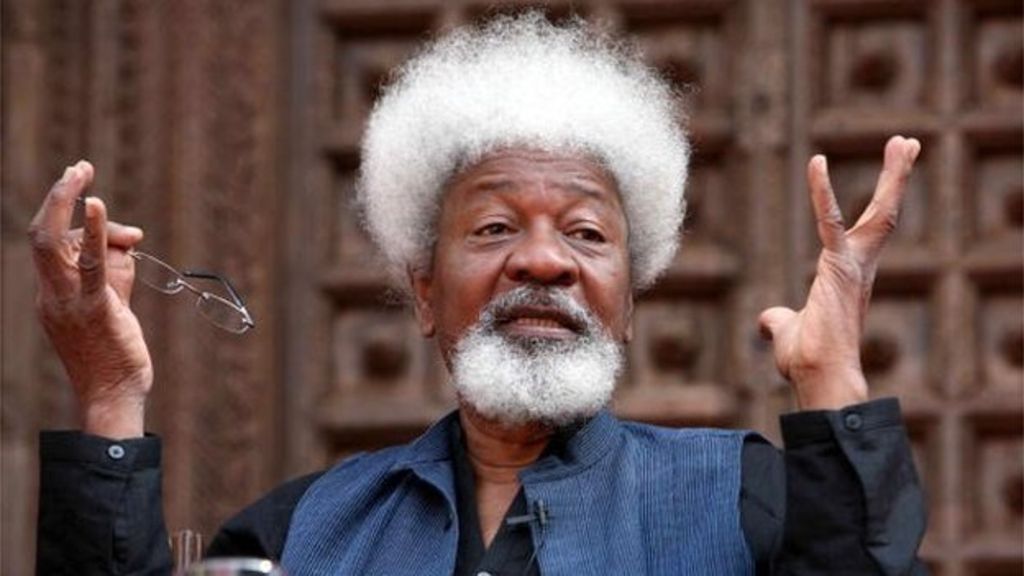 The Wole Soyinka International Cultural Exchange, WSICE clocks 10 on July 13, 2019 and plans to use the day to mark the 85th birthday of Nobel laureate, Prof. Wole Soyinka.

The maiden edition of the WSICE was in July 2010.

The WSICE, a prime project of the Open Door Series, is essentially anchored around Soyinka’s humanist principles as enunciated in his body of works and his consistent patriotic engagement with the socio-political and cultural affairs of Nigeria, Africa and the world at large.

July 2019 is, indeed, a landmark for the WSICE project primarily motivated by the life and career of the quintessential artiste – dramatist, poet, theatre director, teacher, culture scholar and public intellectual.

The body believes that clocking 85 is as well a milestone in the life of the illustrious son of Africa; distinguished father of Nigerian and African arts and cultural heritage, who is also an iconic global citizen.

The programme directorate of the WSICE has thus scheduled Friday, July 12 -Monday July 15 for the celebration of the great man; and as well to mark a decade of consistent programming, which has featured over 10,000 secondary students and more than 200 local and international resource persons, who have served as either speakers, artistes, mentors to the students and youths among others.

Co-Executive Producer of the WSICE, Teju Kareem, stated, “The Open Door Series/WSICE is not to be misconstrued as a mere celebration of Wole Soyinka’s date of birth — the man is not, in anyway, really interested in such vanities as staging a party to celebrate his yearly birthday — but the project is designed to celebrate the quintessential artiste as an eminent promoter of the good of humanity. And especially to set his exemplary philosophies and visionary ideals as promoted in his works and lifestyle as veritable examples for peoples across race, gender, age, religious and political persuasions, especially the young ones, who need models they can relate to.”

Remarkably, the 2019 edition will also mark a grand return of the Open Door Series/WSICE to Lagos, where its maiden edition was staged, then at the MUSON Centre. Also, as was the design at its birth, the Project will extend its programming beyond its traditional base in Abeokuta, Ogun State.

While the mostly students/youth-focused programmes like Essay Writing, Workshop, Youth Creative Expressions (Do Your Own Thing ,DYOT) etc. would still take place in Abeokuta, Ogun State, which had served as traditional base of the programme in the past eight years; the mentoring session will hold in Akure, Ondo State. The adult session – Advocacy session, drama, dance and poetry performances, film screening, book presentations etc. would hold at the Freedom Park in Lagos.

Kareem stated: “The resolve to take the 10th anniversary celebration to the Freedom Park, which remains the topmost hub for artistic productions and creative expressions in the country, is partly in recognition of Wole Soyinka’s status as the patron saint of the Park, and of creativity in Nigeria and Africa.”

The renowned theatre designer, stenographer, and chief executive officer of the popular production outfit, ZMirage Multimedia Company, promised that the 2019 edition of the annual programme, will unveil the future characteristics and direction of the project, which he co-founded with the theatre director, Professor Segun Ojewuyi, of the United States-based Global New Haven.

11am: Advocacy session – exploring Soyinka’s body of works to reflect on the concepts of Rights, Honour, Respect, Patriotism, Toleramce & Humanism. It will hold in the Kongi’s Harvest Art Gallery, Freedom Park.
1pm: Formal presentations of books:
(a) Memo on our Future: Essays by Nigerian Children as inspired by Wole Soyinka’s Visions” — a compilation of winning essays by past winners of the annual WSICE essays competition

(b) Igho goes to School, a children book by the culture journalist, Anote Ajeluorou, which reprint has been facilitated by the WSICE — to be distributed to about 1000 students across the country.

(c) Introduction of The Soyinka Impulse: Essays on Wole Soyinka (ed. Duro Oni and Bisi Adigun; published by Bookcraft Publishing) – a collection of presentations by various scholars during an international conference held on occasion of the 80th birthday anniversary celebration of Soyinka five years ago.

A new concept in theatre presentation, the Projection Theatre features the Kendrick and McKenzie multiple projection surfaces. The Kendrick panel tells the story of Mac Louise Walls Miller, who was enslaved until 1963. Her family had been trapped on plantation after her father lost his land; they had no idea that there were free black people. The McKenzie panel tells the story of McKenzie , who took her own life at nine-year old. She was subjected to constant bullying and harassment from white students. The school denied wrongdoing and refused to take responsibility for falling to protect her. These panels are woven into the tales of the flying African and Toni Morrison’s song of Solomon.

About Rebecca Jackson-Moeser:She is an MFA graduate of California Institute of the Arts (CalArts), where she studied film and theatrical management with a focus in environmentalism and sustainable art practices. Rebecka’s work as a producer and filmmaker is concentrated on social justice and under-represented groups in cinema.

6pm: Musical and Poetry session, featuring a coterie of performers at the Food Court.
SATURDAY, JULY 13

Essay Writing Competition (Ijegba, Abeokuta)
85 students from various schools around Nigeria, preselected to (as has been the tradition since inception of the OpenDoorSeries/WSICE) symbolically signpost the 85th birthday anniversary will participate in the essay competition.

Do Your Own Thing & Sightseeing ((Ijegba) &Abeokuta city)
The 85 student-finalists are given an opportunity to exhibit their innate talents through other mini competitions like Spelling Bee, Dancing Competition, fashion Parade, Debates and cul-tural exhibitions.

One on One with WS and announcement of Results – (Ijegba, Abeokuta).
The 85 finalists are hosted by Professor Soyinka at his Ijegba Residence, where they engage him in conversations, and draw from his fountain of wisdom, and knowledge. Announcement of the winners of the Essay competition will made at the event.

Presentation of WSICE @ 10 books: Memo to our Future…&Igho Goes to the Farm

Drama:
Presentation of Death & the King’s Horseman, by Live Theatre Lagos in collaboration with Park-Theatre.

10am: Mentorship (in AKURE)
The first lady of Ondo State, Mrs. Betty Anyanwu-Akeredolu, founder of the Breast Cancer Association of Nigeria, mentors the 85 students alongside other 500 senior secondary school students’ from Ondo State on the project theme.

Presentation of WSICE @ 10 books: Memo to our Future…& Igho Goes to the Farm.

6pm: Formal presentation of The Soyinka Impulse: Essays on Wole Soyinka (ed. Duro Oni and Bisi Adigun; published by Bookcraft Publishing) – a collection of presentations by various scholars during an international conference held on occasion of the 80th birthday anniversary celebration of Soyinka five years ago.