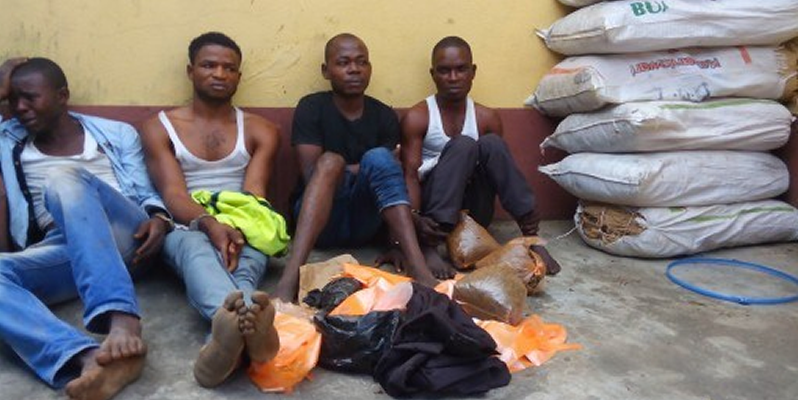 Two men, a twenty-six-year-old Kola Omisakin and his partner in crime, 21-year-old Kehinde Oladipupo, were on Friday arraigned before an Osun State Magistrates’ Court sitting in Ile-Ife for celebrating an ‘Indian Hemp Day’, the PUNCH reported.

The accused were also said to have attacked and broke the glass window of a mosque at the Owolo Compound, Okerewe area of Ile-Ife during the celebration.

The police prosecutor, Olawale Odusina, was said to have told the court that the accused committed the offence on Wednesday, June 26, 2019, at the Okerewe area of Ile-Ife.

Odusina said the accused persons also acted in a manner that caused the breach of the public peace by organising the ‘Indian Hemp Day’.

During the celebration, the prosecutor said the accused unlawfully broke the glass window of a mosque located in the area.

He added that as of the time the accused were arrested, they had in their possession 150kg of a substance suspected to be cannabis.

Counsel for the accused, Mrs Innocental Akhigbe, applied for bail on their behalf with an assurance that they were ready to stand trial.

The Magistrate, Olukunle Owolawi, however, denied their bail request.