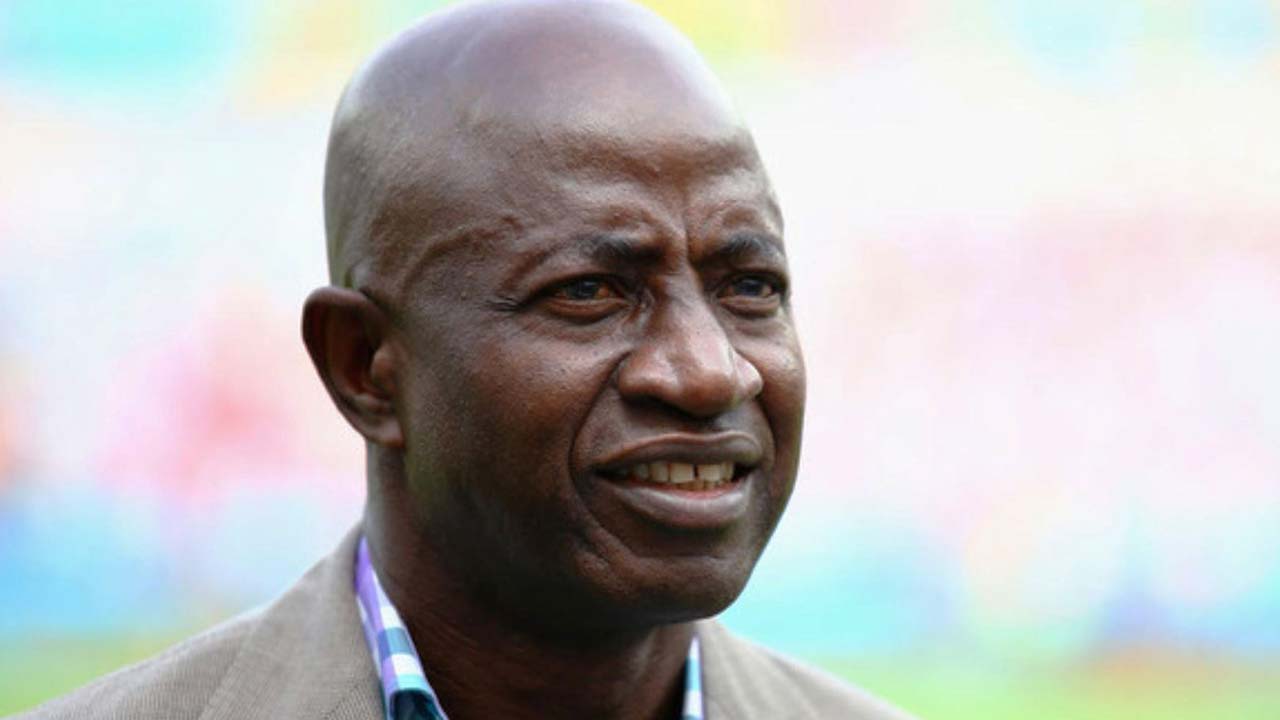 Former Super Eagles Captain, Segun Odegbami has hailed the Super Eagles for recording a second win in the 2019 Africa Cup of Nations in Egypt as the glory-seeking African champions defeated Guinea 1-0 in the star match of Group B.

Odegbami was on set at the NTA/HotSport studios on Wednesday evening to provide insights into the Nigeria/Guinea game won by the Super Eagles as well as for the Uganda and Zimbabwe Group A match.

Reflecting on the Super Eagles performance at the Game, Odegbami enthused “”I’ve seen a good game and very impressed with the performance of the Nigerian team. I think this team has the potential of becoming another super Super Eagles. Their composure, their confidence, their calmness, their expressiveness individually on the ball is such that we haven’t had for some time, yet most of these players are just coming into the team fresh. I see a very bright future not for these set of players only, but for the Super Eagles as a team.”

One of the greatest footballers Africa has ever produced, Odegbami was runner-up in African footballer of the year in 1980 when the then Green Eagles lifted the Africa Cup of Nations for the first time.

The Super Eagles’ lone goal victory over Guinea and subsequent qualification for the Round of 16 in the ongoing Africa Cup of Nations in Egypt has re-energised the interest of the Nigerian football community in the championship.

That situation has opened a bigger vista of opportunities for advertisers to take advantage of the live transmission of the matches which the Nigerian Television Authority (NTA) has the sole rights to broadcast on terrestrial channels in partnership with HotSports Media Group, its Official Marketing Agency.

The Super Eagles are now guaranteed to play at least two more matches with the number increasing as they progress in the competition, a boost for brands and products which desire to reach their potential and exciting customers and other stakeholders.

NTA and HotSports have spiced up the broadcast with exciting analyses by sports and entertainment personalities, including former Nigerian national team captain, Chief Olusegun Odegbami MON; Segun Agbede, more widely known as The Pundit in football circles in Nigeria and Deji Omotoyinbo veteran of many tournaments.

Nigeria’s last group match is on Sunday against Madagascar while the Round of 16 commences on July 5 and the final on July 19, affording more room for marketing opportunities. On Eagles’ chances during the knockout stages of the Tournament, the former Nigerian Skipper has this to say “They have an opportunity to improve from match to match and possibly establish themselves into that team that would meet the ultimate expectations of football crazy Nigerians. If this team were to go to the World Cup now, they will go very very far and in this Nations Cup, I have a feeling they will get to the final and possibly win the tournament.”

President of HS Media Group, Taye Ige said that the Super Eagles should be commended for sparing Nigerians the agony of calculating their progress to the knockout stages. “Now that the team have delivered on the second round ticket even before their final group match, it is time for the business community to support the live telecast of the matches to the teeming fans across the country.”

Founded in 1996, HotSports has developed a bouquet of exciting and authoritative sports broadcasting packages that offer brand owners a vehicle to the widest sports loving audience in Nigeria.

It is the Official Media Partner as well as marketing consultants to the Nigeria Football Federation and has become reputable as a go-getting company committed to adding value to clients’ sponsorship investments.