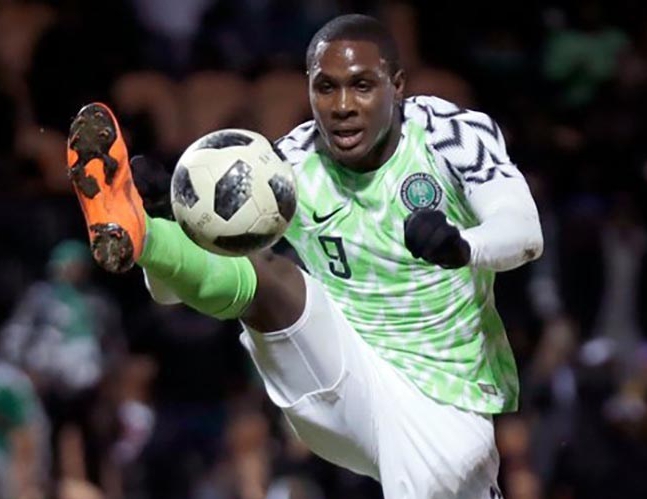 Super Eagles head coach Gernot Rohr has confirmed that Odion Ighalo will start for the team in today’s (Wednesday ) Group B clash against Guinea at the Alexandria Stadium.

Ighalo came off the bench to score the winning goal for the Super Eagles in the Group B opener against the Swallows of Burundi last Saturday.

The 30-year-old had been hampered in recent weeks by the muscle injury he picked up while in action for his Chinese Super League club, Shanghai Shenhua.

The injury subsequently robbed him of a starting place against Burundi with FC Midtjylland of Denmark forward Paul Onuachu preferred ahead of him in the starting lineup.

Ahead of the decisive clash with the Syli Nationale , Rohr discloses that the former Watford striker will start against Paul Put’s side as the three-time African champions eye victory in the game.

“Definitely, Ighalo is very fit and he will start the game against Guinea,” Rohr told media at the Alexandria Stadium.

“It is a very important match because if we win this game, we are already through, so it will be a decisive game for us and for them.”

The Group B encounter will kick-off at 3.30 pm Nigerian time.