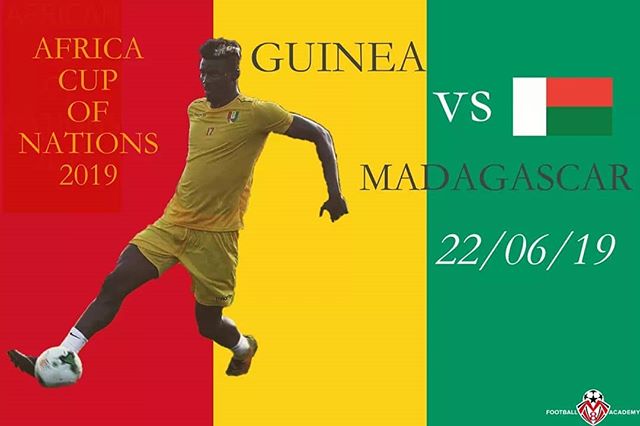 GUINEA:
Syli Nationale will expect Liverpool star Baby Keita to shake off his injury and play against Madagascar in their first game of the AFCON tournament.

Keita is struggling with a thigh injury as he remains doubtful for the clash against Nicolas Dupuis’ men.
Guinea is back at the finals after missing out on the last edition in 2017 in Gabon. They were quarter-finalists on their last appearance in 2015.

MADAGASCAR:
The Barea has no injury worries going into this clash against Guinea, Madagascar coach Nicolas Dupuis has all his men at his disposal when he face Keita and his teammates on Saturday.

Madagascar have qualified for the tournament for the first time and they were actually one of the first teams to qualify for the 2019 Africa Cup of Nations having done so with two matches to spare after a victory over Equatorial Guinea last October.