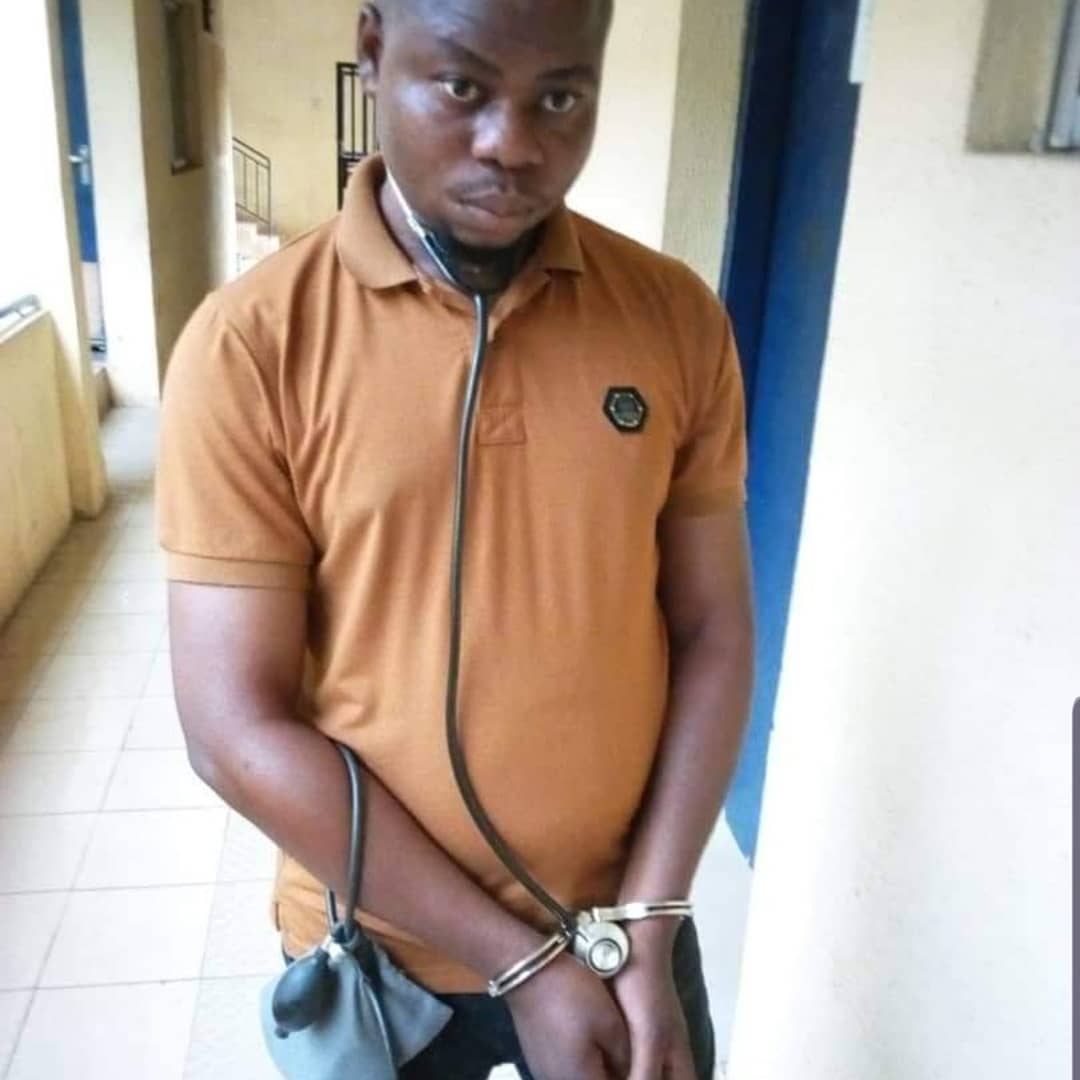 A 30-year-old fake medical doctor, Rafiu Naheem, has been arrested by detectives attached to the Criminal Investigation Department of the Zone XI Police Command, Osogbo.

The suspect, a School certificate holder who could barely speak good English, and without a formal training had been operating an unregistered clinic in a one-bedroom mud apartment treating unsuspecting patients of different ailments.

Intelligence revealed that the suspect had been placing patients on admission, and had been procuring abortions and handling very complex medical conditions which he lacks professional expertise to handle thereby endangering the precious lives of innocent people who patronised him.

The suspect confessed to the crime but blamed his action on joblessness. He also claimed that though he had no certificate, he learned auxiliary nursing at a yet-to-be- identified private hospital.