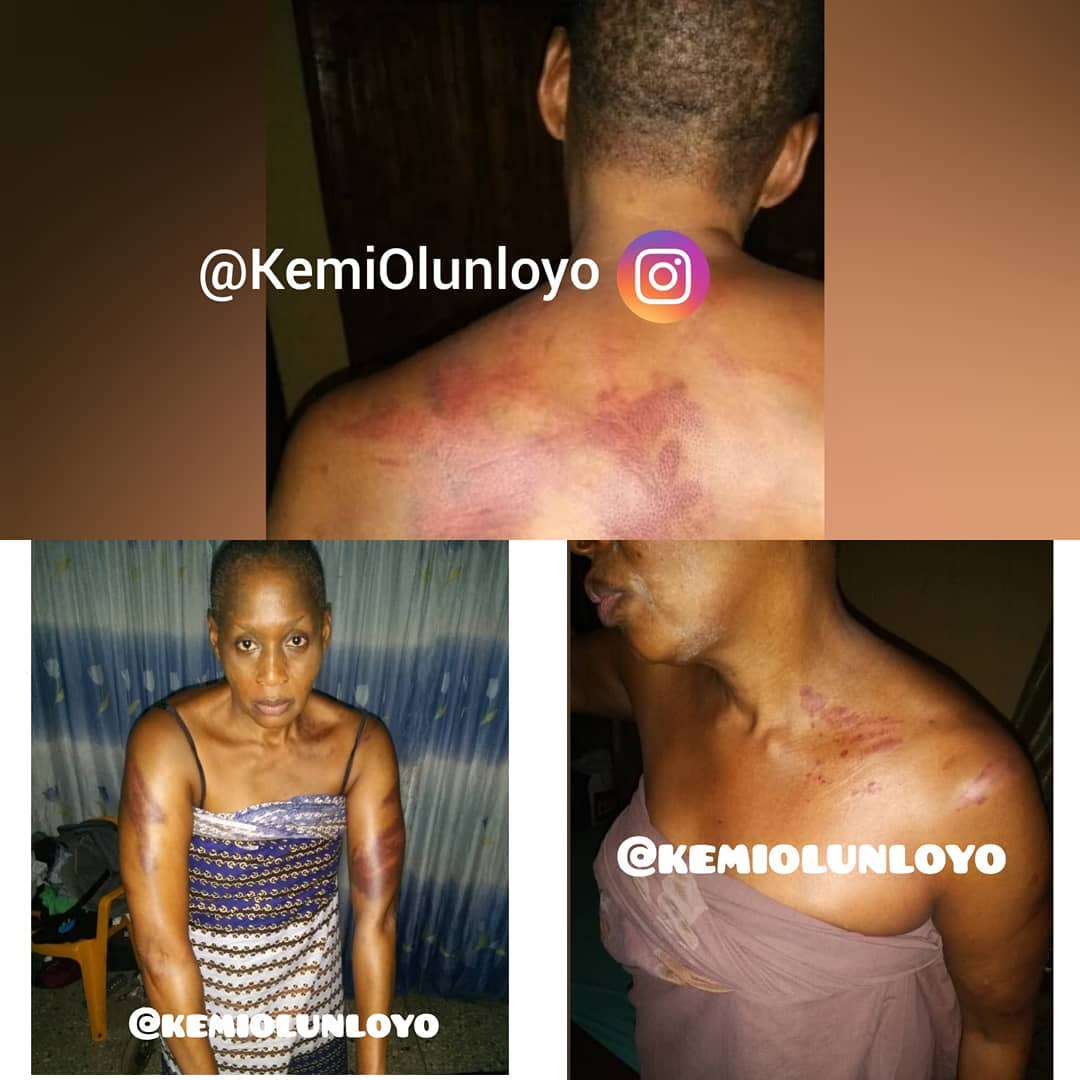 News fly around recently that the family house of controversial journalist, Kemi Olunloyo was attacked by men of the underworld sometimes last week, she just shared photos to show the extent the armed robbers inflict scar on her body. this is what she shared:

HELP ME IF YOU CAN!TRAUMA UPON TRAUMA. IT CONTINUES SADLY,

Good morning, Thank you to all those who sent prayers to me & my son. I did not want to upset my fans with my UNENDING TRAUMA. You can be beaten with weapons by anyone even though they would rather kill you be it strangers, friends or family.

Some ppl say no robbery happened in my house 6/14/19 cos I didn’t post pictures of a crime scene when armed men with cutlasses, guns to our heads and metal rod bars used to subdue us are walking free.

Instead they are busy during the day harassing young ppl looking into their phone extorting many. The police reform bill has been passed.

No extrajudicial killings anymore, we want to see the faces of thieves. I fought Segun Awosanya #Segalink vigorously on many levels 2 not #endsars but to REFORM IT.

SARS should have been stalking our neighborhood that night, an area frequent with break ins in the Agodi GRA. I am still crowdfunding for my #PTSD treatment.

My life is in turmoil and fear. I’m in an undisclosed location in Nigeria.

Moving back to America is not as easy as you think. I have nothing left over there. I sold everything when I lost my business during my 2017 arrest.

All those who ruined my livelihood know their time will come. All those who say I made a robbery up where my 79yo mother, a former first lady was held at gunpoint and cutlasses, metal rods, gun butts used to beat us, my son @richkjtmusic has been screaming in his dream “don’t kill anybody” waking up to nightmares will have their time come soon.

Like notable Northern Nigerian activist Aisha Yesufu said “We are all victims waiting to happen”. Continue donating any amount to my #ptsd fund and to those who have done so, God will replenish you. Like Aisha said about my son, he is now under medical care too.