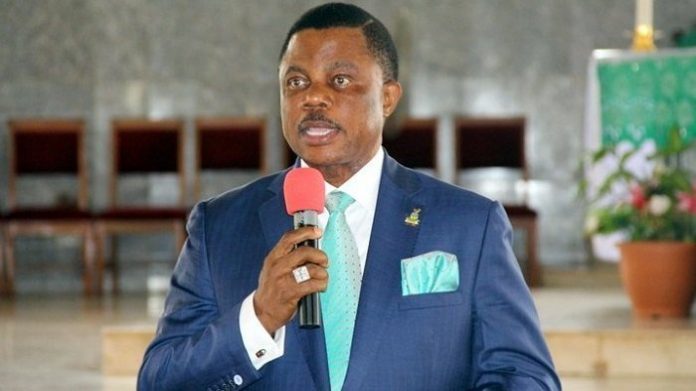 Anambra State Governor Willie Obiano has expressed his administration’s readiness to tackle the growing menace of herdsmen amongst other criminal tendencies by unscrupulous individuals across the state.

The governor spoke at the weekend during the 8th Anambra State Traditional Ruler’s Seminar, 2019 at, Government House, Awka, the state capital.

The governor, who reiterated his zero-tolerance stance against criminals, said hard times await hoodlums, miscreants and thieves that are still hiding in all the nooks and cranny of the state.

Addressing the monarchs, the Chairman, Anambra State and Southeast Traditional Rulers Council, and the Obi of Onitsha, Igwe Alfred Nnaemeka Achebe, said the herdsmen menace had become an embarrassment in the South and middle belt regions of the country.

Other issues according to Achebe were a review of the constitutions of the all autonomous communities in the state to achieve some consistency and comprehensiveness without compromising the unique cultural norms and practices of respective communities.

Achebe, also, said there was need for proposal for a law on Town Union Government as a fourth tier of governance in the state, some amendment of the State Chieftaincy law and its codes of conduct for traditional rulers of Anambra State.

The governor, urged the traditional rulers, presidents general and umuadas’ to put hands on deck in bringing criminals and miscreants in their various communities to book to ensure that Ndi Anambra would continue to enjoy the relative peace the state was known for.

He also reminded them the need to abolish ‘Osu cast’ system in the state, explaining that some communities had abolished it, while some had not, while harping on the need to guard against slavery in Igbo land.