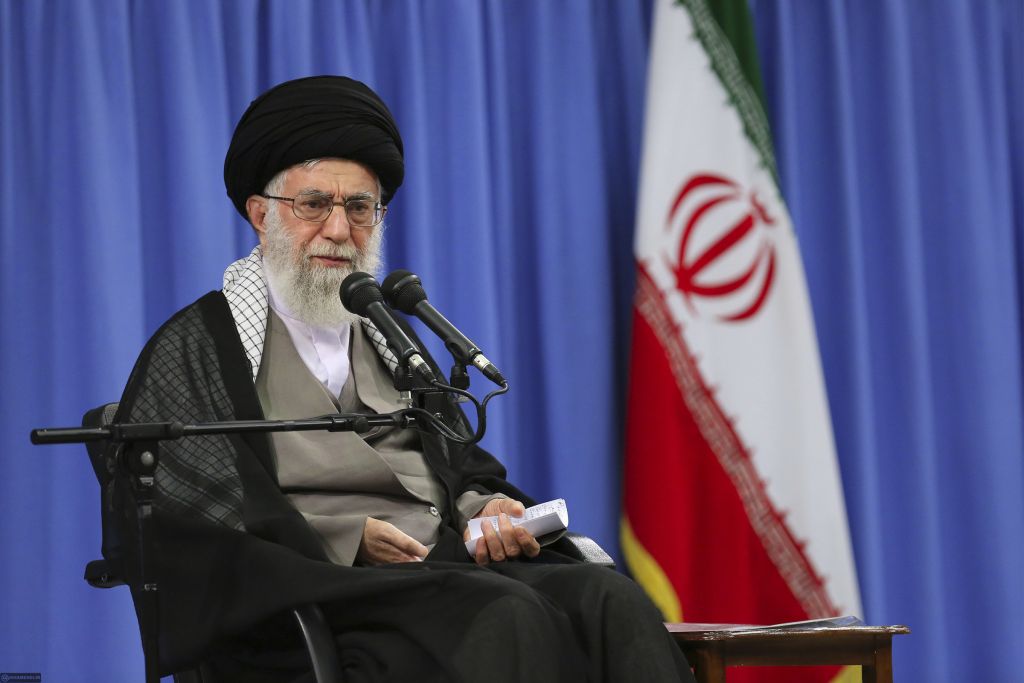 Iran’s Supreme Leader Ayatollah Ali Khamenei has said “even if Iran wanted to build an atomic bomb, America could not do anything” to stop it, adding that it was not his country’s wish to do so.

He made the comments on Thursday during a meeting in Tehran with Japanese Prime Minister Shinzo Abe, who was acting as an interlocutor for US President Donald Trump to ease tensions between Washington and Iran.

Abe is the first Japanese prime minister to visit Iran in four decades.

Khamenei said earlier that Iran “will in no way repeat bitter” negotiations with the US, referring to the last round of negotiations between the two countries and the 2015 nuclear deal.

It came as tensions mounted over the country’s unravelling nuclear deal with world powers.

In May 2018 President Trump abandoned a deal in which Tehran agreed to curb their nuclear programme, reimposing sweeping sanctions on Iran, which angered officials and saw relations between the two countries nosedive.

Iran last month retaliated by announcing it would scale back its commitments under the deal.

Khamenei’s official website quoted him as telling Abe: “I don’t regard Trump as deserving any exchange of messages and have no response for him and will give no response.”

Meanwhile, as the leaders met, two tankers sustained damage in suspected attacks in the Gulf of Oman and the crew have been evacuated, shipping sources said on Thursday, a month after a similar incident in which four tankers in the region were struck.

According to sources cited by IRNA, Iran’s state news agency, Iranian search and rescue teams picked up 44 sailors from the two damaged tankers and took them to the Iranian port of Jask.

It led to comments from Iranian foreign minister Javad Zarif, who described the incidents as “suspicious” in a tweet.

He wrote: “Suspicious doesn’t begin to describe what likely transpired this morning.”

Some hope Abe’s visit to Iran might be able to engage diplomacy between the two sides and calm tensions enough for them to talk.

Other signatories of the 2015 agreement, including the EU, Russia and China, are keen to keep the deal alive.